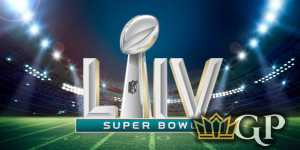 It’s been 50 years since the Kansas City Chiefs last made an appearance in the big game. That all changes on Sunday when Andy Reid leads the AFC champs into battle against a San Francisco 49ers franchise out to add a sixth Lombardi Trophy to its trophy...

It’s been 50 years since the Kansas City Chiefs last made an appearance in the big game. That all changes on Sunday when Andy Reid leads the AFC champs into battle against a San Francisco 49ers franchise out to add a sixth Lombardi Trophy to its trophy case of achievements. You know darn well Patrick Mahomes will do his damndest to prevent that from happening in hopes of bringing the title back to Kansas City which would look fantastic paired up with his league MVP award of a season ago. Regardless of what goes down at online sportsbooks on Super Bowl Sunday, it’s a breath of fresh air knowing we won’t have to watch Bill Belichick and Tom Brady. This matchup between the Niners and Chiefs should be a whole heck of a lot more entertaining than the hot garbage the Rams and Patriots offered up last season!

The Chiefs hit the betting board as 1.5-point favorites with the total lined at 51.5. It’s been darn near close to impossible for those booking the bets to get anyone in favor of this game playing to a low scorer. Because of it, the O/U has jumped up a full three points to 54.5 with an absurd 83 percent of the tickets written in favor of the line move. While sharp money is split on the total, public bettors have come out in droves to pounce on the over regardless of the impost. The pointspread has gotten near even action on both sides. In terms of bet count, Kansas City holds a slim 54 percent advantage. The Chiefs have also taken in 59 percent of the money. However, most of it has been of the public variety with 80 percent of the money taken in on the 49ers of the sharp variety. Looks like we got a Pros vs. Joes split going down in Super Bowl LIV!

The 49ers have been nothing if not dominant en route to punching their ticket to the Super Bowl for the first time since 2012 when they fell to the Baltimore Ravens in XLVII. The Minnesota Vikings made their path to get there all the more easy by taking care of the Saints in New Orleans. The Vikes reward for doing as such was coming up on the short end of an ugly 27-10 defeat. The Niners defense and running game took center stage holding Minnesota to less than 150 yards of combined offense, while gouging Mike Zimmer’s defense to the tune of 186 rushing yards and 2 TD. Though Green Bay racked up its fair share of yardage in the NFC title game, it all went down in garbage time once San Francisco got out to a commanding 27-0 halftime lead. Raheem Mostert stole the show in that one with 220 rushing yards and 4 TD. The 49ers invade South Beach 15-3 SU and 11-6-1 ATS overall, and check in an unblemished 5-0 SU and ATS when dogged with the under cashing in three times.

If nothing else, the Chiefs have been one of the more exciting teams to watch this postseason which makes perfect sense since they just so happen to possess arguably the most lethal offense the league currently has to offer. After falling into a 24-0 hole through the first 20 minutes of play versus the Houston Texans in the division round, Mahomes and company were able to fight all the way back to not only win the game but cover the closing 10-point spread in pulling out the impressive 51-31 come-from-behind victory. KC then fell behind again versus the Tennessee Titans in the AFC title game, but only dug a 10-point home this time around which allowed for it to exert much less energy to get back in the game. They did exactly just that ripping off 28 straight points before holding on for the 35-24 win and cover as 7.5-point home chalk. The pair of pointspread covers moved Andy Reid’s squad to 14-4 SU and 12-5-1 ATS for the season with the over cashing in 10 of those matchups.

I’m not breaking the x’s and o’s down for this matchup. We know what both of these teams are all about at this point of the season. If you don’t, you might want to sit LIV out. San Francisco wants to run the ball down your throat and put a ton of pressure on opposing offenses to match the points they put up. Kansas City is nothing short of a whirling dervish offensively with Mahomes readily able to slice and dice opposing defenses up with pass catchers like Tyreke Hill, Travis Kelce, Sammie Watkins and Mecole Hardman at his disposal. Unfortunately, the defense isn’t much to write home about regardless of the fact that it’s forced a decent amount of turnovers and gotten ample pressure on opposing QBs with 53 total sacks.

What it can’t do is stop the run regardless of it rising to the occasion and limiting Derrick Henry in the AFC Championship Game. I’m willing to bet the No. 26 ranked run defense has all sorts of issues preventing Kyle Shanahan’s rushing attack from simply doing as it pleases. On top of that, I’m not sold on Mahomes coming through on this stage against a 49ers defense that was by far the best the league had to offer before a number of integral pieces succumbed to injuries; they’re all healthy now. We’ve seen teams get rolled up and smoked in the Super Bowl that had special talents under center in the past. Check John Elway in Super Bowl XXIV and Dan Marino in XIX. The 49ers just so happened to dish out the beatings both times, and I firmly expect history to repeat itself in Super Bowl LIV - San Fran wins this going away!