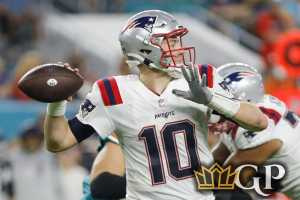 NFL Wild Card Games Against the Public picks are ready to roll. We are coming off a 3-1 week to finish the regular season at 44-35-4. A successful method of picking winners in the NFL is going against the public. One thing of note with these picks is that you are almost always better off waiting until Sunday to bet them to get the best possible NFL betting line. We ended the 2021 regular season with a winning record of going against the public and we’ll try and continue the success in the NFL Playoffs. Let’s look at NFL Wild Card Against the Public Picks.

Before we look at the two plays for this weekend, we should mention that the public consensus for the playoffs may not be as high as it was during the regular season since there are fewer games to choose from. During the regular season we looked at a certain percentage that favored public betting but that percentage will probably be lower in the playoffs. That is definitely the case with the two plays for this weekend.

It is a little surprising that the public is backing the Bills against Bill Belichick and the Patriots. These teams split their two regular season meetings and it was the road team winning both games. The Patriots didn’t look that good last week in a loss to Miami, but that game really didn’t matter, as the Patriots had already clinched a playoff spot and they didn’t want to take any chances with players who were dealing with injuries. That won’t be the case this time around. The Bills are considered the better team, but Buffalo hasn’t been anything special this season. The Bills have had their ups and downs and they basically win and lose on the arm and legs of Josh Allen. And Allen has had some bad moments this season. He is capable of making big plays, but he also makes mistakes.

This line seems a little high, considering these teams know each other really well and Belichick knows how to win in the playoffs. The Bills really don’t look to be that much better than the Patriots and is home field advantage really worth four points for Buffalo? The Patriots can play well on the road and in bad weather. We’ll go against the public and take the Patriots plus the points.

This one is no surprise, as the public is backing the Bucs at home. Tampa Bay is the defending Super Bowl champ and they have the best quarterback in NFL history under center in Tom Brady. The Bucs will also be getting running back Leonard Fournette back and he should help tremendously. Brady has been dealing with young receivers with Chris Godwin out of the lineup and with Antonio Brown no longer on the team. Mike Evans is still a capable target and Rob Gronkowski is Brady’s security blanket, but Fournette is an excellent receiving running back and his return is huge. The question in this game is how well Philadelphia quarterback Jalen Hurts will play. He has had some good moments this season, but he also makes some poor throws.

The Eagles and Bucs actually met this season and it was Tampa winning 28-22 in Philadelphia. Hurts did not play well in that game and yet the Eagles only lost by six points. What is worth noting from that game is that the Bucs relied heavily on Brown and Fournette, while the Eagles relied on Zac Ertz. Brown is now gone, Fournette is coming back from injury and Ertz is in Arizona, so Sunday’s game is going to be much different.  It is always risky to go against Brady, as he is capable of having a great game and beating any team. The public definitely believes in Brady and they are laying the points with the Bucs at home. We go against the public and take the Eagles plus the points.