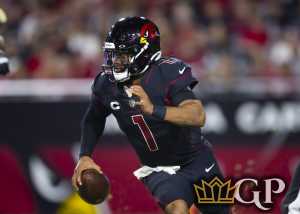 NFL Week 9 Against the Public picks are ready to roll.  We are coming off a 3-4 ATS week but we are still 25-20-2 this season. A successful method of picking winners in the NFL is going against the public. One thing of note with these picks is that you are almost always better off waiting until Sunday to bet them to get the best possible NFL betting line. As mentioned earlier, we are coming off a 3-4 ATS record last week. It should be noted that this week we have six teams on a bye so there are not as many games on the NFL schedule. There are only two plays this week. Let’s look at NFL Week 9 Against the Public Picks.

NFL Week 9 Against the Public Picks

The best team in the NFL against the worst team in the NFL. It should come as no surprise at all that the public is backing the Eagles and they just can’t get enough of Philadelphia. A few online sportsbooks that put up odds before last week’s action had the Eagles as a 9-point favorite. Most of the sportsbooks that waited until Sunday opened the Eagles as a 13 or 13.5-point favorite. That number has gone up to 14 and there is no reason to think it is going to come back down. The Texans have the worst record in the AFC at 1-5-1 and even though the Lions technically have a worse record at 1-6, there is no doubt that Houston is the worst team in the NFL. The Texans are 29th in the league on offense as they struggle to have much success on the ground or through the air. The defense has tried to hang in there, as they are 17th in the league, but the wear and tear is starting to show and Houston figures to get worse on defense as the year goes on.

The Eagles are the league’s best team, as they remain unbeaten. Not only are they unbeaten at 7-0 SU, they are also 5-2 ATS. They 3rd in the league in points per game and they are 4th in fewest points allowed. There is a lot to like about the Eagles and it is no surprise the public is backing them. Perhaps the Eagles have a letdown in this game, as that would seem to be the only way the Texans have a chance. We go against the public and take the Texans plus the points.

The public is backing the Seahawks in a big way this week. There is no question that the Seahawks have been one of the biggest surprises of this NFL season. Almost no one gave the Seahawks any chance to make the playoffs this season and very few people thought Geno Smith was a quality NFL quarterback. Heading into Week 9, the Seahawks lead the NFC West and are a playoff contender. On the other side, the Cardinals have been a huge disappointment so far. Too many people got all excited about Kyle Murray because he can run all over the field, but far too often Murray takes sacks and makes poor throws. It doesn’t help his cause that Kliff Kingsbury is calling the plays. Kingsbury is overrated as a head coach and considering how things have gone this season, he is not a lock to keep his job.

You can make a strong case that this is a must-win game for the Cardinals if they are to save their season. They lost just a few weeks ago in Seattle, so they can’t afford to lose this game at home. The Cardinals come into this game are 3-5 and two games back of Seattle in the division. A win would pull them within a game of Seattle and Arizona would have some hope but a loss would send them to 3-6 and realistically put an end to their playoff chances. The public doesn’t care, as they are backing the Seahawks, so that means we take the Cardinals minus the small number.