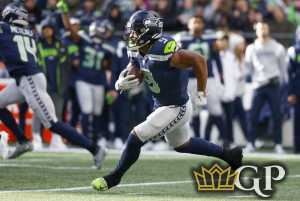 NFL Week 18 Against the Public picks are ready to roll. We are coming off a 2-2 ATS mark last week. That takes the record to 40-35-4 ATS for the season. A successful method of picking winners in the NFL is going against the public. One thing of note with these picks is that you are almost always better off waiting until Sunday to bet them to get the best possible NFL betting line. As mentioned earlier, we are coming off a 2-2 ATS record last week.  It should be noted that this is a weird week and we don’t have the same type of plays we normally have. Normally when we go against the public we are taking underdogs, as the public almost always bets favorites. That is not the case this week, as we are betting favorites. I think that means we should tread lightly and make sure we finish the regular season in the black. We have four games to look at for this week. Let’s look at NFL Week 18 Against the Public Picks.

NFL Week 18 Against the Public Picks

Let me say first that Week 18 is a weird week in terms of NFL betting. We don’t have a real idea of motivation for some teams and history has shown that betting teams in must-win games doesn’t work that well. This is a must-win game for the Seahawks, as they have to win against the Rams and then hope the Packers lose to the Lions to make the playoffs. The public is backing the Rams in this game and that may be the right side, as the Seahawks haven’t proven to be reliable this season. The public is taking the Rams, so we go against the public and take the Seahawks.

This is another instance where I have no idea what the public is thinking in backing the Bucs. I know that Tampa is supposed to play their starters, but I can’t see the Bucs playing Brady and the starters for long in a completely meaningless game. The Falcons will still play their starters and Atlanta should still have some motivation to beat their divisional rivals. Perhaps the public is upset about Atlanta’s non-cover last week against Arizona so they are going against the Falcons in this game. Regardless, the public is on the Bucs, so we lay the points with Atlanta.

Why is the public getting involved with this game? The Saints and Panthers have nothing to play for. The Panthers are playing for an interim coach that the players hope returns next season so perhaps the Panthers will be playing for Steve Wilks in this game. I don’t think it matters whether the Panthers win this game or not, as Carolina has reportedly expressed interest in Michigan head coach Jim Harbaugh. The Saints are definitely no bargain, as they have underperformed for much of this season. In a game where neither team has any real motivation, the points are always worth considering and that is what the public is doing. We go against the public and lay the points with the Saints.