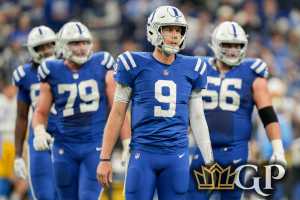 NFL Week 17 Against the Public picks are ready to roll. We bounced back last week with a 2-1-1 ATS record. That takes the record to 38-33-4 ATS for the season. A successful method of picking winners in the NFL is going against the public. One thing of note with these picks is that you are almost always better off waiting until Sunday to bet them to get the best possible NFL betting line. As mentioned earlier, we are coming off a 2-1-1 ATS record last week. We have four games to look at for this week. Let’s look at NFL Week 17 Against the Public Picks.

NFL Week 17 Against the Public Picks

The public is going against the Bucs this week in the big AFC South game between the Bucs and Panthers. This game will likely decide the division and the public is on the Panthers. The Bucs have been a very disappointing team this season but Tampa is only laying three points at home in this game. Tampa still has Tom Brady but the offense for the Bucs has struggled for much of the season, largely due to problems on the offensive line. It doesn’t help Tampa’s cause that Todd Bowles is not a good head coach. Regardless, this is still a big game and Brady usually finds a way to win big games. The public is on the Panthers so we take the Bucs minus the small number at home.

The public doesn’t want to take the Ravens if they don’t have Lamar Jackson under center and all indications are that Jackson is not going to play this week. The Steelers are still technically alive for a playoff spot but realistically they are just playing to avoid the first losing season under head coach Mike Tomlin. Pittsburgh is still not a good team but the public believes in the Steelers more than they believe in the Ravens right now. We go against the public and lay the points with the Ravens at home.

The last two plays this week make more sense for the public than the first two did, as the public is going against the hapless Indianapolis Colts. The Colts switched to Nick Foles at quarterback last week and Foles looked rusty and the offensive line was terrible. The Giants just need to win this game to make the playoffs and this would seem to be a good spot. Oddsmakers almost seem to want the public to bet the Giants in this game, as the line is less than a touchdown. The public has obliged, as they are taking New York and that means we take the Colts plus the points in this game.

The public is all over the 49ers this week and who can argue? San Francisco is the hottest team in the NFL, having won their last eight games and you can make a case that they look like the best team in the NFL right now. The 49ers are probably not going to catch the Eagles for the top spot in the NFC, but San Francisco is playing so well right now that no one wants to get in front of the 49ers express. The Raiders are a mess yet again, as this week it is the benching of quarterback Derek Carr. Head coach Josh McDaniels is proving that he should have stayed as an offensive coordinator, because he is not a good head coach. The Raiders are going with Jarrett Stidham at quarterback for the last two games of the season. Carr is definitely not a great quarterback, but the switch to Stidham at this point in the season is definitely puzzling. The public is not only going with the 49ers but against the Raiders. We go against the public and take the Raiders plus the big points at home.