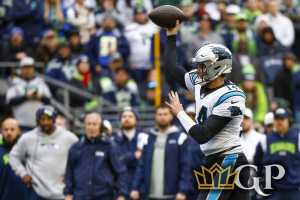 NFL Week 16 Against the Public picks are ready to roll. We are coming off a tough week, as we went 0-3 ATS week with two of our teams losing late. That takes the record to 36-32-3 ATS for this season. A successful method of picking winners in the NFL is going against the public. One thing of note with these picks is that you are almost always better off waiting until Sunday to bet them to get the best possible NFL betting line. As mentioned earlier, we are coming off an 0-3 ATS record last week.  We have four games to look at for this week. Let’s look at NFL Week 16 Against the Public Picks.

NFL Week 16 Against the Public Picks

The public is all on board the Lions express right now and it is hard to argue, as Detroit has been one of the most exciting teams in the NFL the last couple of months. Detroit now has a legitimate chance to make the playoffs and their remaining schedule on paper looks easy. This game against the Panthers might be the toughest one, as Carolina is still very much in playoff contention in the weak NFC South. The Panthers have not been a pushover this season, but the Lions have more talent, especially on offense. The public is laying the points with the Lions even though this is a road game. We go against the public and take the Panthers plus the points.

The public is on the Bengals again this week and Cincinnati is on a serious roll, having won their last six games. The Patriots are still in playoff contention, but just barely and they don’t look like a playoff team. New England has all kinds of problems on offense, as quarterback Mac Jones does not look like a franchise quarterback. The Patriots also have coaching problems and you never used to be able to say that, but Bill Belichick has not done a good job with the Patriots this season.  A head coach that has a former defensive coordinator calling offensive plays needs to retire. Belichick is going to be known as one of the greatest NFL head coaches of all-time, but right now he is not even a good head coach. This one is tough, as the Bengals are the better team and rolling, but we go against the public and take the Patriots plus the points.

The public is taking the Seahawks this week on the road in Kansas City. This may be a little bit of anger from the public against the Chiefs who haven’t been covering the spread of late. The Seahawks haven’t been any bargain of late either and there is a good chance that Seattle misses the playoffs. The question in this game is whether or not last week’s close game against the Texans will wake Kansas City up or whether they will sleepwalk through another game. The public wants nothing to do with the Chiefs this week, as they are taking Seattle. We go against the public and lay the points with Kansas City.

The last game on this list is definitely a strange one, as the public is backing the Eagles even though Jalen Hurts is out due to injury. This may be another case of the public being angry against a team, as the Cowboys have not been good to bettors at times this season. The Eagles are the better team, but the loss of Hurts is a big one. Whether the Eagles decide to step up and play for backup Gardner Minshew is the question, but oftentimes teams will play hard to make up for an injured player being out of the lineup. This is a rivalry game and the Eagles are definitely not going to lay down with Hurts out of the lineup, so the line move in this game may be too much. Regardless, we go against the public and take the Cowboys minus the points.