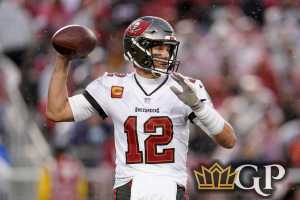 NFL Week 15 Against the Public picks are ready to roll. We are coming off a 1-2 ATS week that takes the record to 36-29-3 ATS this season. A successful method of picking winners in the NFL is going against the public. One thing of note with these picks is that you are almost always better off waiting until Sunday to bet them to get the best possible NFL betting line. As mentioned earlier, we are coming off a 1-2 ATS record last week.  We have three games to look at for this week and in a bit of a surprise, we have two favorites we will be taking. Let’s look at NFL Week 15 Against the Public Picks.

NFL Week 15 Against the Public Picks

The public is on the Giants this week in a huge matchup between teams looking to make the playoffs in the NFC. The winner of this game will be in a playoff spot while the loser will be on the outside. These teams played to a tie in their last meeting and it is a game that the Giants had every chance to win. The public thinks that the Giants are the right side again and it is a little bit surprising that the line on this game is so high. You would think that the game would be closer to a pick after the teams tied last time, yet the Commanders are laying four points. This game looks like an oddsmakers trap game, as they are looking to get people to take the Giants. The public is definitely on board with betting on New York, so that means we go against the public and take Washington minus the points.

This game looks almost exactly like the previous one, as neither of these teams looks like a playoff team, yet the Falcons are still technically alive, as they are one game behind Tampa Bay in the NFC South.  The Saints are two games behind the Bucs so they could move within one game if they win this contest and the Bucs lose to the Bengals. The line on this game looks just like the previous one, as it would seem the line should be closer to a pick. The Falcons will be starting rookie Desmond Ridder at quarterback but that might not be bad news because Marcus Mariota wasn’t doing much to help the Falcons. This looks like a good spot to take the Falcons plus the points and that is exactly what the public is doing. We go against the public and take the Saints minus the points.

Could you have seen this coming with the Bucs this season? They decided to let Todd Bowles move from defensive coordinator to head coach and you knew it wasn’t going to work. Bowles is a good defensive coordinator but he has never been a good head coach. Quarterback Tom Brady is finally starting to show his age although the offensive troubles are definitely not all his fault. The Bucs have problems in the organization and if Brady had known in advance that Bruce Arians would not return, I don’t think Brady would have come back. The Bucs are still likely to win the rotten NFC South even if they lose this game. The public is backing the Bengals and it is hard to argue, as Cincinnati is playing at a very high level. The Bengals are the hottest team in the AFC, as they have won their last five games. They look like a Super Bowl contender once again and they are laying points on the road to a Tampa Bay team that looks awful. It is really no surprise that the Bengals are laying points and it is no surprise that the public is on Cincinnati. We go against the public and take the Bucs plus the points.