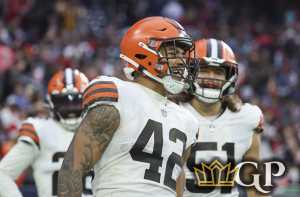 NFL Week 14 Against the Public picks are ready to roll. We are coming off a 3-1 ATS week that takes the record to 35-27-3 ATS this season. A successful method of picking winners in the NFL is going against the public. One thing of note with these picks is that you are almost always better off waiting until Sunday to bet them to get the best possible NFL betting line. As mentioned earlier, we are coming off a 3-1 ATS record last week.  There are six teams on bye this week, so we don’t have as many games to look at for Week 14. We have three games to look at for this week. Let’s look at NFL Week 14 Against the Public Picks.

NFL Week 14 Against the Public Picks

The public is on the Bengals this week and why not, as Cincinnati looks to be one of the top teams in the AFC. The Browns did get a win last week but Deshaun Watson didn’t play well and beating Houston is something that every team in the league seems to be doing. The Browns do have some talented players on both sides of the ball and they have given Cincinnati fits in recent seasons. The line on this game actually looks low, as oddsmakers seem to be wanting to trap people into taking the Bengals. The public is sure on board with that idea, as they are laying the small number and taking Cincinnati. That means we go against the public and take the Browns plus the points.

The one team that has been hurting us recently is the Houston Texans, as the public continues to go against them each week. It is hard to argue, as the Texans are the worst team in the league and they really haven’t been competitive since early in the season. It is so bad that the team is benching quarterback Kyle Allen and going back to Davis Mills this week. It has not mattered who is under center for the Texans, as they have struggled every week and not only do they have a bad record straight up, they also have a losing record against the spread. The Cowboys look like a Super Bowl contender and the public is all over Dallas this week, despite the inflated number. It should be noted, however, that Dallas let the Colts hang around for much of last week’s game before the floodgates opened and just how motivated will the Cowboys be this week?  We go against the public and take the Texans plus the big points.

The last game on the list this week is the Monday Night Football game between the Cardinals and Patriots. The Patriots are still in playoff contention, but this is not a great New England team and while Bill Belichick is a future Hall of Fame head coach, he is not a great coach right now. If you watch the Patriots, you will see bad decisions made by Belichick that he never used to make. He is still a better coach than his counterpart in this game, as Kliff Kingsbury is one of the worst head coaches in the league. This is a weird game, as the Patriots don’t really look like a playoff team, yet if they win this game and the Jets lose in Buffalo, the Patriots would move into a tie for the last playoff spot in the AFC. The Cardinals are going nowhere and it could be the last year for Kingsbury as head coach. How motivated will the Cardinals be in this contest? It is a prime time game so you can expect that DeAndre Hopkins will have a big game and if Kyler Murray doesn’t throw the game away, the Cardinals have a shot. The public is on the Patriots, so we take the Cardinals plus the points.