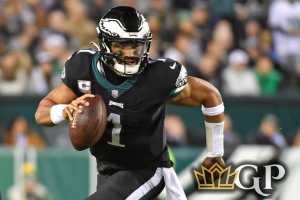 NFL Week 13 Against the Public picks are ready to roll. We are coming off a 2-1 ATS week that takes the record to 32-26-3 ATS this season. A successful method of picking winners in the NFL is going against the public. One thing of note with these picks is that you are almost always better off waiting until Sunday to bet them to get the best possible NFL betting line. As mentioned earlier, we are coming off a 2-1 ATS record last week.  We have four games to look at for this week, two underdogs and two favorites. Let’s look at NFL Week 13 Against the Public Picks.

NFL Week 13 Against the Public Picks

Perhaps the most disappointing team in the NFL this season is the Denver Broncos. They were thought to be not only a playoff contender, but a team that could challenge Kansas City in the AFC West. Not much has gone right for the Broncos, especially on offense, as Russell Wilson looks nothing like a quarterback who can lead a team or make plays. On the other side, the Ravens have found a way to lose far more games than they should have, and are now tied with Cincinnati for the lead in the AFC North. The public is backing the Ravens in this game and it is hard to argue, as Denver just hasn’t been scoring many points. The public likes Baltimore so that means we take Denver plus the points.

This next game is a bit of a surprise, as the public is going against the Philadelphia Eagles. The Eagles have the best record in the league, while the Titans are three games behind Philadelphia. The Titans definitely have the players to give the Eagles a game and the public thinks that is what will happen. The question is whether or not the Tennessee defense can make enough stops, as the Philadelphia offense has been very explosive this season. It seems unlikely that Tennessee is going to win a high scoring game, so they will need to run the ball and limit Philadelphia’s possessions. The public is on the Titans so we lay the points and take the Eagles.

The public is going against the Texans again this week and why not? Houston has the worst record in the league and they have been a good team to go against this season. This is an interesting game, as Deshaun Watson makes his return and will be the starting quarterback for the Browns. We don’t really know what to expect from the Browns with Watson under center, but their offense should at least be a little better. The Texans didn’t look that much better last week with Kyle Allen at quarterback than they did with Davis Mills. Perhaps the Texans will be motivated to play against their former teammate and show some fight this week. The public likes the Browns so that means we take the Texans plus the points.

This last game is a surprise, as the public is going against the 49ers. This is a matchup between two of the hottest teams in the NFL, as the 49ers have won four straight games, while the Dolphins have won five in a row. The defense of the 49ers has been excellent but they should get a good test this week from an explosive Miami offense. This game may come down to whether or not the Miami defense can contain the San Francisco offense. The 49ers have a multitude of weapons on offense, but it should be noted that they scored just 13 points last week against New Orleans. The 49ers should be able to put up points against this Miami defense so this could be a higher scoring game than some people expect. The public is backing the Dolphins plus the points, so we lay the points and take San Francisco at home.