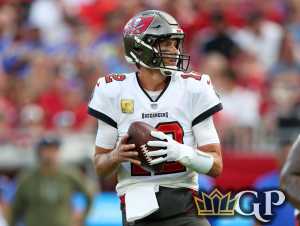 NFL Week 10 Against the Public picks are ready to roll.  We are coming off a 1-1 ATS week that makes the record 26-21-2 this season. A successful method of picking winners in the NFL is going against the public. One thing of note with these picks is that you are almost always better off waiting until Sunday to bet them to get the best possible NFL betting line. As mentioned earlier, we are coming off a 1-1 ATS record last week. Unlike last week, where we had just two plays, this week we have six games to look at. Let’s look at NFL Week 10 Against the Public Picks.

NFL Week 10 Against the Public Picks

The Seahawks continue to surprise everyone this season, as they lead the NFC West. The Bucs, on the other hand, have been a disappointment this season. The public is definitely on the Seahawks and they have been going against the Bucs, so this play makes sense. Seattle is definitely better than expected, but they have benefited from playing the Cardinals twice, in addition to the Lions, Falcons, Broncos and Saints. Even though Tampa is struggling, they are still in a different category than some of the teams Seattle has played this season. We’ll go against the public and take Tampa Bay.

The public really likes what they saw out of the Bears last week in their loss to Miami. The Lions don’t have a great record but they continue to play hard and they definitely have the offense to score against this Chicago defense. The love affair for the Bears seems a bit much and I think everyone is getting carried away. We go against the public and take the Lions plus the points.

The public likes the Vikings in this game. Minnesota continues to win games and they are running away with the NFC North. The Bills are unsure if Josh Allen will play this week and that is why the line has moved toward the Vikings. Buffalo is still a good team and Case Keenum would like nothing better than to beat his former team. We go against the public and take the Bills minus the points.

The public wants nothing to do with the Packers, even at home. The public is taking the Cowboys on the road in this contest. Aaron Rodgers looks old and there is no question this Green Bay team has problems on both sides of the ball. If there is anything left for the Packers in this season then they have to win this game against Dallas. The public likes the Cowboys, so we’ll back the Packers plus the points.

The last game on this list for the week is definitely a surprise, as the public is going against the unbeaten Eagles. There is no doubt that Washington has played better with Taylor Heinicke, but this is still not a good Washington team. The Commanders are poorly coached and they still have issues on both sides of the ball. The Eagles have been rolling and they will probably lose a game somewhere along the line this season, but this doesn’t seem like the game. The Eagles will want to put on a show on Monday night and there is no reason to think they can’t. The public, for some reason, believes this game is going to be close. We go against the public and lay the points with the Eagles.