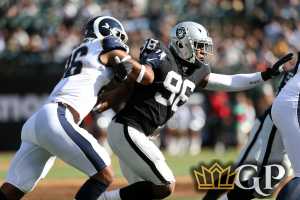 NFL Preseason Week 2 odds are on the board at top online sportsbooks. Keep in mind that there are only three preseason games for all of the teams this season except for the Cowboys and Steelers who have four due to the Hall of Fame Game. What that means is that a lot of what we knew about coaches and how they would handle the preseason has been thrown out the window. We made seven picks last week and went 3-4. We’ll narrow the focus slightly this week, and also look at taking a few underdogs, as there is no question things are different in this year’s NFL preseason. Let’s look at NFL Preseason Week 2 picks.

This seems like a lot of points to me at first glance for the Bears to be laying to the Bills. The Bills looked like they had some capable backups to Josh Allen, so even if Allen doesn’t play, they have Mitchell Trubisky, Jake Fromm and Davis Webb. I know the Bears have the rookie Justin Fields, but let’s see how he does against a good defense this week.  I’ll take the Bills plus the points.

This line probably looks weird to you until you think about the Green Bay quarterback situation. Rodgers isn’t going to play and backup Jordan Love may not play either. The Packers will be going with Kurt Benkert and he isn’t going to excite anyone. I’ll take the Jets as a small favorite in this one.

I went against the Titans last week and they played well, but I am going against them again, as Mike Vrabel’s record in the preseason as a head coach is terrible. This is also a good game to take under the total. The Bucs have a very weak group of backup quarterbacks behind Brady with Blaine Gabbert, Kyle Trask and Ryan Griffin and the Titans backups to Tannehill are Logan Woodside and Matt Barkley. I’ll go under the total in this one.

The Rams are a go-against every week in this year’s preseason. They are not playing their starters at all in the preseason, so you won’t see any big names on the field. It worked going against the Rams last week and I’ll do so again in this one and lay the points and take the Raiders.

When I see a number this high in the preseason I immediately give the underdog a serious look. Why are the Giants getting so many points. Their backup quarterbacks behind Jones are not that bad in Glennon and Thorson. The Browns don’t look to have that much better backups in Keenum and Lauletta. I will take the Giants plus the points.

I thought the Jaguars would play better in Urban Meyer’s first game and that didn’t happen. I still expect them to be much better than they were a year ago and their quarterback rotation is solid with Lawrence, Minshew and Beathard. It is definitely no worse than Hill, Winston, Book and Siemian. I will take the points and go with the Jaguars on Monday night.