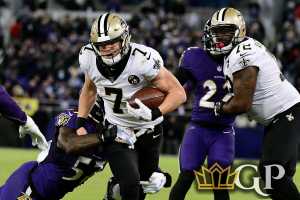 The NFL preseason gets underway in full this week with all of the teams in action. NFL Network will be televising a number of games for Week 1 of the NFL preseason, so we’ll focus on some of those games for our NFL Preseason Week 1 picks.

The NFL preseason gets underway in full this week with all of the teams in action. This preseason is different than in the past, as teams will play just three games other than the Cowboys and Steelers who play four games, as those teams played in the Hall of Fame Game last week. NFL Network will be televising a number of games for Week 1 of the NFL preseason, so we’ll focus on some of those games for our NFL Preseason Week 1 picks.

The Falcons will want to get a win for new head coach Arthur Smith who needs to send a message that he is in charge. The Titans have nothing to prove and Mike Vrabel is one of those head coaches who doesn’t care about preseason results, as the Titans under Vrabel are 2-6 in the preseason. I will take the Falcons in this one.

This play is all about the Lions getting a win for new head coach Dan Campbell. There is no question the Bills are the better team, but they are not going to play their starters long. The Lions are at home and they should find a way to pull out this game in the second half.

I have no idea why the Broncos are favored in this game. I know that they may play starters a bit longer, but let me give you this stat. Mike Zimmer’s teams are 20-5 in the preseason. I don’t ignore that type of statistic. I will take the Vikings to win this one.

Another head coach who wins in the preseason is Baltimore’s John Harbaugh. His teams are 37-12 and in Week 1 of the preseason they are 12-1. The Saints have all kinds of problems on both sides of the ball and I think they could struggle this season. I will lay the points and take the Ravens in this game.

The Jaguars have a new head coach in Urban Meyer and I think he will want to start his tenure with a win. The Jaguars are going to be much better on both sides of the ball and I think that will show up in this game. I still think the Browns are overrated and that may show up a little bit in this game. I will take Jacksonville minus the points.

There is no question that the Bucs are the superior team, but this is a really high preseason number. The Bucs are not going to play their starters for long, if at all, while the Bengals will want to see some of their young players in action. Bruce Arians has nothing to prove and the Bucs will just want to get out of this game healthy. I think the Bengals have some value, so I will take Cincinnati plus the points.

The second-biggest line of the week is an interesting one, as the Chargers are favored against the Rams. This will be a chance for Brandon Staley to go against his mentor, Sean McVay and the Rams. The new head coach will want to get this win, while the Rams are likely to rest most of their starters. I will take the Chargers.