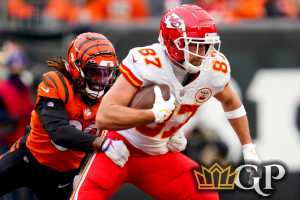 NFL Conference Championship Against the Public picks are ready to roll. We had a successful regular season going 44-35-4, but things are a bit different in the playoffs. We said last week that the public consensus is not the same in the NFL Playoffs like it was in the regular season. During the regular season we looked at a certain percentage that favored public betting but that percentage is lower in the playoffs. That was definitely the case with the Wild Card round and in last week’s Divisional round.  We went against the public in the Green Bay game last week and the 49ers came through for us, but we tested out the waters with totals for the first time and they both lost. Let’s look at AFC and NFC Championship Against the Public Picks.

AFC and NFC Championship Against the Public Picks

As I mentioned earlier, the public consensus in the playoffs is nothing like it was during the regular season. During the regular season we had a lot of success going against the public because we could pick and choose games that the public was in love with and go the other way. We can’t do that in the playoffs because of the limited number of games. We did win last week taking the 49ers and we learned not to get involved with the totals. This week there are just two games and the public doesn’t have a huge opinion on either game. They are taking the Bengals plus the points in the AFC Championship, but it is not a huge consensus. It is somewhat surprising that the public is taking the Bengals, as the Chiefs simply don’t lose at home that often.

Cincinnati was fortunate to win last week at Tennessee, as they got a lot of help from Tennessee quarterback Ryan Tannehill who threw three interceptions. It seems unlikely they are going to get any help from Patrick Mahomes. The public thinks the Chiefs will have a letdown after last week’s win over Buffalo, but this is the AFC Championship Game and it is hard to see either team having a letdown. What we do know is that the Chiefs are the superior team. The Bengals have made a lot of noise, but keep in mind that they did well just to beat an average Raiders team and an overrated Tennessee squad. They will have to play much better to beat the Chiefs at Arrowhead. We’ll go against the public and lay the points with Kansas City.

The public has a slight lean to the 49ers plus the points in the NFC Championship Game. That is probably due to the success San Francisco has had against the Rams, winning the last six meetings. There is no doubt that the Rams are the more talented team, but Los Angeles has found ways to blow leads and lose games. The Rams blew a big lead last week against Tampa Bay but got a late field goal to beat the Bucs. The 49ers did next to nothing on offense last week in Green Bay but their special teams scored a TD and San Francisco won a game they had no business winning. The public seems to think it could happen again this week.

The Rams are a slight home favorite in the NFC Championship Game. On paper, the Rams should win this game going away, but San Francisco is a tough team and they just seem to find a way. Whether they can do that with a banged up Deebo Samuel and George Kittle is the question. San Francisco doesn’t look like a Super Bowl team, but we have seen in the past that teams with a great defense can find a way to get to the big game.  It is hard to believe that Jimmy Garoppolo is going to play in yet another Super Bowl, but the 49ers are just one win away from the title game. The public has a slight lean toward the 49ers, so we’ll back the Rams.