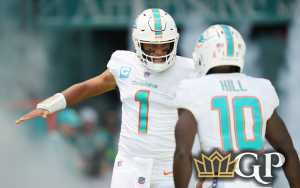 NFL Week 3 Against the Public picks are ready to roll. We are off to a sizzling start this season, going 6-1 in Week 1 and 4-1 in Week 2 for a combined mark of 10-2 ATS. A successful method of picking winners in the NFL is going against the public. One thing of note with these picks is that you are almost always better off waiting until Sunday to bet them to get the best possible NFL betting line. The public has not done well in the first two weeks, so caution could be advised heading into Week 3, as the public is due to bounce back to some extent, but we’ll see. We have seven games to take a look at for this week. Let’s look at NFL Week 3 Against the Public Picks.

NFL Week 3 Against the Public Picks

This one is no surprise, as the public is backing the Ravens to bounce back after last week’s inexplicable loss. The Patriots got a win last week but they still don’t look very good. This number actually seems pretty short, considering Baltimore looks to be the better team. The public is on the Ravens, so we take the Patriots plus the points.

This is another game that is no surprise, as the public is in love with the Bills and who can argue? Buffalo looks like one of the top teams in the NFL this season. Miami has also looked really good so far this season, but the public is not yet a firm believer. The public is taking the Bills, so we take the Dolphins plus the points.

The public is not yet sold on the Jets yet, even after last week’s win. The public is taking the Bengals this week, even though Cincinnati has not looked good in the first two weeks of the season. This seems like a good spot to back the Bengals and the public sure thinks so. We’ll go against the public and take the Jets plus the points.

The public is backing the Cowboys in the Monday Night Football game on ESPN. The Giants are one of the big surprise teams so far in the NFL this season, but the public is not yet sold. The Cowboys played better last week, but you could almost see that coming, as the team rallied around backup quarterback Cooper Rush. It will be tougher for Dallas this week, as that emotion is now gone. The public still likes Dallas though, so we take the Giants minus the points.