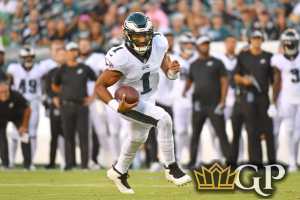 NFL Week 2 Against the Public picks are ready to roll. We picked up right where we left off last season, going a sizzling 6-1 ATS in Week 1. A successful method of picking winners in the NFL is going against the public. One thing of note with these picks is that you are almost always better off waiting until Sunday to bet them to get the best possible NFL betting line. The public was crushed in Week 1 NFL betting, so they are being a bit more cautious with their plays in Week 2, but there are some surprises in terms of the NFL picks. We have five games to take a look at for this week. Let’s look at NFL Week 2 Against the Public Picks.

NFL Week 2 Against the Public Picks

The public loves what they saw out of the Chiefs last week and who can argue, as Patrick Mahomes looked great and the Kansas City offense looked unstoppable. It should be noted, however, that the Chiefs had their success against an Arizona team with no defense and against a team that is poorly coached. That won’t be the case this week, as the Chargers have a tough defense and Brandon Staley has proven to be a good head coach. It is worth noting that The Chargers have won in their last two trips to Arrowhead. Our first play this week going against the public is taking the Chargers plus the points.

This one is no surprise, as the public wants nothing to do with the Cowboys with Cooper Rush as their quarterback. Dallas looked bad last week even with Dak Prescott at quarterback so this line is likely an overreaction. The oddsmakers had to put out a high number because they knew people would be betting the Bengals. Cincinnati also didn’t look good last week, but most people expect them to bounce back. There is definitely some line value on the Cowboys this week. We go against the public and take the big points with Dallas at home.

The public didn’t really like what they saw from Denver last week so they are going against the Broncos. It could be that the public is simply mad that they lost last week backing Russell Wilson and the Broncos in Seattle. The Texans didn’t look that bad last week, but Houston is still not a good team. This one is a surprise, as we almost never lay big points in this column, but the public is backing the Texans so we lay the points and take Denver.

The last game of the week is on Monday night and it should be a good one between the Eagles and Vikings. Both of these teams played well in Week 1, but the public is giving the Vikings more credit. I guess when you beat Aaron Rodgers and the Packers you get high marks. Minnesota definitely looks a lot better this season with a new head coach and they impressed the public a lot. The Eagles scored a lot of points last week and Jalen Hurts actually played pretty well. It is a bit surprising that the public has such a strong opinion on a game that looks to be close. We go against the public and take the Eagles minus the small number against the Vikings.