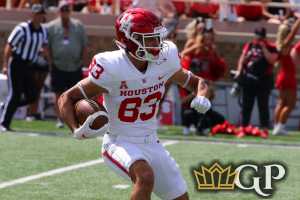 It was a solid Week 2 for us, and now we are in the black on the year after going 3-1-1 ATS last weekend. Let's look at Week 3 College Football Picks

It was a solid Week 2 for us, and now we are in the black on the year after going 3-1-1 ATS last weekend. New Mexico could only hold on for a push against Boise State on Friday night, but the only loser on Saturday was Vanderbilt. Kentucky and UTSA both covered the spread in their games, and the Under in North Carolina and Georgia State covered all numbers after an overreaction from the oddsmakers in Week 1. Let’s keep up the winning on Friday night.

It’s hard to know what to make of this Louisville team after two games. The Cardinals did not look good in their season opener against Syracuse, but they went on the road to upset UCF last Friday night. They are ranked 55th in the most recent SP+ Rankings, yet Malik Cunningham has not fully unleashed his mobility yet.

Cunningham shredded FSU at home in 2020, and the Cardinals raced out to a huge lead over the Seminoles in Tallahassee last year. FSU does look to be a little better in 2022, but the Seminoles lost starting left tackle Bless Harris for the season, and Jordan Travis doesn’t appear to have improved as a passer. This defense has yet to be really tested through the air, while LSU’s Jayden Daniels showed that quarterbacks can run on these linebackers.

The Kansas love is getting to be a little too much. Lance Leipold definitely has this program on the right path, and the Jayhawks can hold their heads high after a 2-0 start. However, they are going to have a tough time stopping the Houston offense, as West Virginia had a lot of success through the air against this defense last week.

Additionally, Houston is facing a very similar offense to what it saw last week against Texas Tech. The Cougars lost to the Red Raiders in Lubbock, but that game went to overtime as Houston came back after a slow start. This front seven was able to hold Texas Tech to just 2.7 YPC last week, and that’s not a good sign for Kansas, as they ask Jalon Daniels to run a lot.

South Florida at Florida Under 59.5 Points

There shouldn’t be a lot of offense on display when USF and Florida play in Gainesville on Saturday night. While there were 62 points scored when these teams met in Tampa last year, a lot of that came from long quarterback runs in the first half. This was the game where Anthony Richardson showed his potential in 2021, but now that Richardson is the starting quarterback, the Gators won’t want him to show too much before they face Tennessee next week.

Meanwhile, USF looks to be a mess on offense once again. The Bulls only scored seven points against BYU in Week 1 before the Cougars started to pull their starters, and Gerry Bohanon has not been impressive under center through two starts. Bohanon was even subpar against a bad FCS team in Howard last week, so USF shouldn’t score more than 14 points in this game.

Nevada has the worst defense that Iowa has faced to this point. The Wolfpack rank 100th in Defensive SP+ despite being 2-1, and they gave up 55 points to FCS Incarnate Word last week. Iowa doesn’t have nearly the same passing attack that Incarnate Word has though, and Nevada likely overlooked last week’s opponent to focus on this game.

This is a few too many points. Michigan will definitely win this game, but the Wolverines beat Colorado State by 44 points and Hawaii by 46 points. Connecticut has been a little more competitive than people thought they would be at the start of the season, and the Huskies can keep this within 47 points.