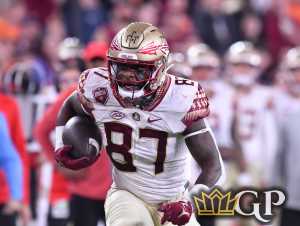 It was nice to post a winning record once again last week. While West Virginia and Utah failed to deliver for us, but our other three picks got the job done. Let's look at CFB Week 13 picks.

It was nice to post a winning record once again last week. While West Virginia and Utah failed to deliver for us, but our other three picks got the job done. Texas left no doubt that it was significantly better than Kansas with the Longhorns beating the Jayhawks 55-14 as a single-digit favorite by the CFB betting odds. Navy showed that it shouldn’t have been a double-digit underdog against UCF either, defeating the Knights in Orlando thanks to a typical Midshipmen performance. Our third win was fortunate as California roared back from a late deficit to beat Stanford, but we’ll take it given some of the bad luck we have had elsewhere.

Billy Napier’s first season at Florida has not gone well. The Gators have really struggled on the defensive side of the ball, and Anthony Richardson was not as polished as many hoped he would be as a passer. Still, Richardson is seen as a potential first-round pick, and that could lead to him making a business decision to not run like he should in what could be his last collegiate game. To make matters worse for Florida, the Gators are extremely thin at receiver in this rivalry game.

Florida State has started to turn the corner in Mike Norvell’s third season in Tallahassee. The Seminoles are 8-3, and they have been competitive in every game. Jordan Travis has made the jump as a starting quarterback, limiting his bad throws while averaging 8.9 YPA. This has all the makings of a blowout, and FSU will be focused after three straight losses to Florida in this rivalry.

This will be Texas A&M’s last game of the season. The Aggies have been the most disappointing team in college football this year, winning just four games despite being ranked No. 6 in the nation to start the year. They weren’t great against a bad UMass team last week, but they will want to prove themselves against the best team in the SEC West.

Texas A&M has the 22nd ranked defense per SP+. The Aggies still have a lot of talent on this side of the ball, and LSU isn’t exactly overpowering on that side of the ball. The only two SEC teams that LSU defeated by more than 10 points this season were the Mississippi schools, and both of those games were in Baton Rouge, so it’s good to go with the underdog here.

Nick Saban won’t be taking the Crimson Tide to Atlanta after the Iron Bowl, so Alabama is going to pull out all the stops in its regular season finale. This team still has a slim chance of making the College Football Playoff if things break right these next couple weeks, and that means there will be no let up against Auburn. The Tigers are fighting for bowl eligibility, but they have yet to win a game on the road this season, and they have been blown out by four opponents.

USC vs. Notre Dame Under 64

Although USC hasn’t fared well on defense this season, the Fighting Irish don’t have a great offense, so we shouldn’t see a high-scoring affair. They rank 64th in Offensive SP+, even though Drew Pyne has fared better than most expected after taking over for the injured Tyler Buchner.

On the other side of the ball, USC ranks second in Offensive SP+. Marcus Freeman is a defensive mastermind though, and his Fighting Irish haven’t allowed more than 32 points yet this season despite playing teams like Ohio State, North Carolina, Clemson, Syracuse, and BYU.

This game is extremely important for Louisiana-Lafayette. The Ragin’ Cajuns will become bowl eligible with a win, while Texas State has just four wins and can’t make a bowl game. Texas State has performed better than expected this season with Logan Hatcher under center, but this team isn’t that good as Jake Spavital focused too much on the transfer portal at the extent of depth. The Ragin’ Cajuns have the 33rd ranked defense per Defensive SP+, and they should be able to hold the Bobcats at bay.