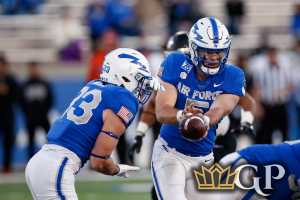 The meat and potatoes portion of the college football bowl betting season has arrived! It’s time to put the woman and children to bed and go hunting for winners at online sportsbooks. Here are my five top rated selections for games through Dec. 30.

The meat and potatoes portion of the college football bowl betting season has arrived! It’s time to put the woman and children to bed and go hunting for winners that add to the bankroll at online sportsbooks. Care to join me? Here are my five top rated selections with a pair that just missed the cut for bowl games set to go through December 30 – SLAM YOUR MAN!!!

Betting MACtion is some of the most fun we college football bettors engage in over the course of the regular season. Come the bowl season, not so much. We’ve already seen Toledo, Northern Illinois, Eastern Michigan and Kent State go down in their respective bowl games; not a single one of them covered! Sorry, but the MAC is a garbage conference. GA State was one of the better Sun Belt teams that closed the year out on fire (6-1 SU & ATS). It’s got a ground attack that should carve the Cards pathetic run D up to control the sticks and dominate the time of possession battle. The Cramton Bowl is a short few hour drive from campus, so there should be loads of fan support. While I’d much rather be on the opener (-3.5), I got the Panthers by double-digits so it makes no difference.

Bo Nix season is done in Auburn. Tank Bigsby has opted out. The program will take the field for the Birmingham Bowl in flux after sputtering its way to a wretched 0-4 SU and 1-3 ATS showing over its final four games. The reset button has been pressed with Harsin and his staff looking forward to bringing in their own recruits next season. I feel they’ve turned the page on 2021. The same can’t and won’t be said of Dana Holgorsen’s Cougars who shined in his third season overlooking the program in going 11-2 SU overall and a perfect 8-0 in AAC play. This is their second bowl appearance under his watch. They lost the first and will want this one bad!

After watching the Falcons do their thing against Nevada en route to helping me cash a miracle ticket on the over, I said to myself that I’d be backing them in their bowl game regardless of who they run up against. This team just gets it! The running attack is unstoppable and punishing. The defense is relentless. That fantastic combination allowed for it to win nine of 12 games and cover eight of them against the closing college football betting odds. The Ville is yet to improve under Scott Satterfield’s watch. Save for Malik Cunningham, there isn’t much to write home about this team. Air Force should dominate on the ground and be able to tally enough stops defensively to come out ahead when it’s said and done.

Who feels likes waking up to some fireworks? I expect that’s exactly what we’ll get when the Ponies and Wahoos engage in the inaugural Fenway Bowl! Provided Mother Nature isn’t wreaking havoc early in the morning, I fully expect Tanner Mordecai and Brennan Armstrong to compete in a little game of anything you can do I can do better with each team’s respective QB1 picking the opposing secondaries apart right from the opening kick. Even with SMU’s Roberson and Gray out of the mix, there’s still plenty of receiving talent available to eat against UVA’s laughable stop unit. Same goes for the Cavaliers who should feast upon the Mustangs 124th ranked pass defense that gave up an absurd 278.1 passing yards per game. This has video game appeal written all over it!

Man I miss Beamer Ball! The Hokies used to be one of my favorite teams to bet on in the college ranks when he was running the show. Justin Fuente simply just didn’t cut the mustard in his stead. No longer is VTECH a feared football program. The University has since moved on from him. With a search for the new head coach still ongoing, I find it hard to believe the Hokies will be coached up and prepared for the task at hand. The betting markets agree. VTECH initially opened as 2.5-point favorites! Maryland hasn’t been to a bowl since 2016. With that, you can bet your bottom dollar Taulia Tagovailoa will be way up to put on a show, and he’ll do just that against a disinterested Hokies squad.