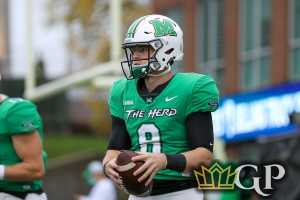 Well, we did it. After putting forth a 3-2 ATS effort over championship weekend, I brought my overall record for betting on the 2020 college football betting season to 34-34 ATS. Here’s what I got going for the bowl games going on Friday and Saturday.

Well, we did it. After putting forth a 3-2 ATS effort over championship weekend, I brought my overall record for betting on the 2020 college football betting season to 34-34 ATS. We juiced out – Gross! However, there were some beer money investments made over the course of the season that cashed in and weren’t included in the overall record. There were also some losses but we don’t want to get into that. One of those moneyline cashes came through with the San Jose State Spartans who dominated Boise State in the MWC title game as expected. The other winners proved to be Oklahoma minus the points (by the skin of our teeth) and Northwestern plus the points against Ohio State. I’m now 0-2 ATS in handicapping outcomes between Clemson and Notre Dame this season. In the first go round, I laid the points with the Tigers and lost. In the second go round, I took the points with the Irish and lost. Would the third time be the charm if in fact they met in the CFP National Championship Game? The only other loss over the weekend occurred with the Alabama Crimson Tide who failed to cover what proved to be a bloated 17-point spread. However, I live bet that sucker personally at halftime catching 24.5 with the Gators and then again in the third quarter with Bama -5.5 once Florida pulled to within 35-31. Though I lost the pre-game bet, live betting the action more than helped me recoup that loss. Live betting is fun! Here’s what I got going for the bowl games going on Friday and Saturday.

We just saw the Bulls get dominated by the Ball State Cardinals in the MAC title game as decided favorites. While Jaret Patterson was forced to leave the game in the second half, the Cardinals had already gotten well ahead on the scoreboard before his departure. It’s already been announced that Patterson will be in the backfield for Buffalo in the Camellia Bowl. Even so, Marshall’s rock solid run defense – one that only concedes 88.9 yards per game and 2.7 yards per carry (No. 6) – would be a tough test for him even if 100 percent. Their ability to shut the run game down will force Buffalo to the air much more than it would like. Though Kyle Vantrease was able to gouge Ball State’s pathetic pass defense in comeback mode for nearly four spins and a touchdown, it will undoubtedly be much tougher for him to do so against the Thundering Herd’s excelled pass defense (No. 18) should Patterson be limited or forced to leave due to reinjury. Marshall sports by far the better of the two defenses, and it’s catching points. Sign me up!

I lean towards laying the points with the Panthers who own by far the better and more efficient of the two offenses because of an above average running game, but I truly feel the total is the way to go in this matchup. While the Panthers pass defense currently ranks out as one of the worst in the country (No. 118), the stat line has more to do with what occurred earlier in the season than now. Pay more attention to what it just did to South Alabama and Appalachian State to close the year, and ignore what Grayson McCall and the Chanticleers did earlier. This O/U is inflated because of Georgia State’s earlier struggles defending the pass; period! On top of that, the Hilltoppers possess one of the worst overall offenses in the country; especially with the very vanilla Tyrell Pigrome leading the charge. Georgia State’s offensive balance is going to all it to dominate the time of possession battle in this matchup. Look for it to look to Destin Coates and Tucker Gregg early and often on first and second down to set up manageable downs and distance on third all game long. WKY struggles to defend the run (No. 68) while conceding 4.3 yards per carry. Unfortunately, the Panthers don’t have the passing chops to go for big gainers or move the chains on longer downs. This in turn should allow for the clock to continue humming along with the end result being a much lower scorer than the number to beat suggests.

Let me first start this dissertation off by stating its hot garbage that the Chants don’t get to match up with a Power Five opponent in the bowl season. Like San Jose State, each more than proved its mettle over the course of the regular season enough to be rewarded with a matchup against a household name. That’s not to take anything away from Hugh Freeze’s Liberty squad that will undoubtedly compete with the Chants until the clock reads double zeroes. The Flames passed each and every one of their regular season tests and would enter this tilt undefeated had their last second field goal attempt against NC State wasn’t blocked; we took the points in that matchup. As much as it pains me, we’re taking the points with them again versus one of my ride-or-dies in the regular season. As great McCall and CJ Marable have been this season, Malik Willis will be the best player on the field when these teams take to the gridiron on Saturday night. Coastal has had its issues defending the run this season, and Willis is one of the best dual-threat QBs in the country that you’ve never even heard of. Liberty’s ability to extend drives with both his legs and arm will go a long way in deciding the final outcome of this matchup. While Coastal Carolina will be going all-out to remain undefeated, the Flames won’t make it easy on them. They’ll want this one just as bad! Should Liberty get out to a substantial early lead, I’d highly entertain the thought of buying back in on the Chants plus the points on the readjusted in-game betting line in hopes of cashing in on a middle. This game should go down to the wire which would make for a high probability of that occurring.