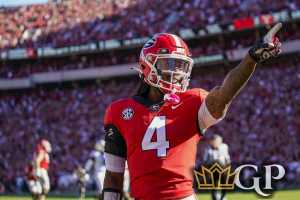 Week 9 College Football Picks are ready for a huge week. Positive regression has to show up sooner or later, right? The following are my top rated selections for Week 9 of the college football betting season.

I just haven’t been able to find much of any traction on the college gridiron since starting this weekly column a month ago. We managed just one ticket cash of four selections last week pushing the overall record to 4-9 ATS for the season. But again, there were a number of laughable unforeseen circumstances that prevented us from going a perfect 4-0! Never in my life have I seen a touchdown taken off the board due to high-stepping like it was in Iowa State’s win and non-cover against Oklahoma State. Ole Miss went scoreless in the first and fourth quarters but racked up 31 in the second and third to kill our team total over. Then Fresno State allows Nevada to kick the backdoor in with two seconds remaining in a game it was covering from the second quarter on. PITT proved to be the lone winner after skunking Clemson. All we can do is shake our collective head, turn the page and press on. Positive regression has to show up sooner or later, right? The following are my top rated selections for Week 9 of the college football betting season.

The last four games of this rivalry has seen the under cash in three times. From what I’ve seen from both squads thus far, the offense’s success is predicated upon the running games succeeding. The Wolverines have a couple good ball carriers in Blake Corum and Hassan Haskins while Sparty boasts dark horse Heisman contender Kenneth Walker III. MSU ranks No. 30 defending the run while the Maize and Blue clock in at No. 23. Though the home team boasts the much better of the two passing attacks, I’ll be betting against Payton Thorne being able to instill much damage against Michigan’s No. 20 ranked pass D. The Spartans are porous versus the pass (No. 121), but Cade McNamara has proven time and time again to be ineffective against the prior suspect pass defenses he ran up against. This has low scoring grinder written all over it, so bet the game accordingly.

Dave Clawson’s Deacons have been an incredibly fun team to watch in lighting scoreboard up for over 43.0 PPG. Unfortunately, their 7-0 record has afforded their wagering supporters a poor 3-4 showing versus the closing college football betting lines. This week’s spot against a bad Duke team should offer up some relief with the Dookies No. 117 ranked pass defense likely to have all kinds of issues contending with Sam Hartman and the offense’s punishing aerial attack (No. 16). While Wake’s run D has been a problem area, how long will the Blue Devils be afforded the option of running the ball with WF denting the scoreboard every possession? The answer is not long! Lay the chalk and look for the Deacs to hang another crooked number.

One of the biggest Cocktail Parties in the history of the rivalry has arrived for the Dawgs, and I fully expect Kirby Smart’s kids to rise to the occasion and show the nation it’s more than worthy of its top billing as the decided favorite to win the National Championship. The Gators have some nice pieces on both sides of the ball in Gainesville right now, but it pales in comparison to the experience and talent lined up on UGA’s sideline. The defense is world class and without a doubt the toughest Florida will have seen to date regardless of already running up against the Alabama Crimson Tide. The Bulldogs saw their three-year reign versus Florida come to a bitter end last season. Think that stuck in the team’s collective craw? I do – lay the points!

Here I go again fading Dabo! I did so with success last week and will pile on once again. Why not? The Tigers are yet to cover a single game this season! On top of that, the Noles are running hot right now having taken down Syracuse, North Carolina and UMASS in their last three games. While it’s bothersome that we’re not getting the best of the number, my suggestion to hit FSU on the moneyline lets it be known that I don’t think we even need the points. It’s been a disaster of a season in Death Valley to this point, so why not see if the snowball continues to gain momentum and gets even bigger in Week 9 – Slam Your Man!