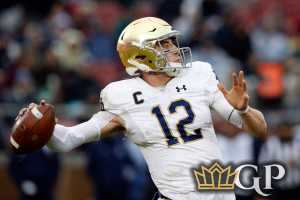 Week 7 College Football Picks are ready to roll. Let’s put the woman and children to bed and go looking for this week’s dinner with my Week 7 college football picks!

Not the greatest of showings with last week’s selections ending up 2-3 ATS overall to move us to a blasé 10-9 ATS for the season. First the good; the Oklahoma Sooners ultimately ended up getting the job done in overtime to win the Red Rivers Shootout as expected. Had they not allowed Texas to score two unanswered touchdowns at the tail end of regulation, it wouldn’t have been a sweat. Texas A&M also circled the wagons and defended its home turf to hand the Florida Gators a crippling blow to their national title aspirations. And now the bad; I can’t seem to pick my nose when it comes to the 2020 Miami Hurricanes. I fade ‘em, they romp. I back ‘em, they get romped. I’ll be staying away from Manny Diaz’s squad for a short while. Virginia Tech was also a big disappointment, though it must be noted that Hendon Hooker didn’t get nearly as much burn as I expected. The Texas Tech call was just bad. Hats off to Matt Campbell for having his kids up in a prime letdown spot though the season opening loss to the Ragin’ Cajuns likely played a role as well. Let’s put the woman and children to bed and go looking for this week’s dinner with my Week 7 college football picks!

The Dookies logged their first win of the season at Syracuse last week as 2.5-point chalk in a game they ran over 100 plays. NC State returns home off back-to-back wins over PITT and Virginia in a bad weather game that saw them put 38 points on the board by way of rushing for 179 yards by way of 42 carries. Don’t let the fact that the Wolf Pack only ran 66 plays fool you; the weather in Charlottesville was nothing if not awful. NCST ranks No. 28 in the country in plays run per game (74.8), while the Blue Devils clock in at No. 8 (82.6). If Duke is able to continue running at will like it did last week in gouging the Orange for 363 yards on 63 carries, we’ll have a track meet on our hands. NC State No. 37 ranked passing attack should have no issues getting the job done against Duke’s porous secondary (No. 43). With two of the faster paced teams in the country backed by poor defenses squaring off, I can’t help but think the amount of plays run allows the combined score of this one to sail over the current impost.

The Bearcats and Golden Hurricane possess relentless stop units. The former rates out No. 14 overall in allowing just over 306 yards per game, while the latter isn’t too far off at No. 25 in allowing 366 yards per game. Cincy has allowed a grand total of 37 points through three games. Tulsa has allowed a total of 42 points with both matchups coming against Oklahoma State and UCF; holding the golden Knights to just 26 points is a feat in and of itself! On top of all that, both squads are amongst the best in the country at accumulating tackles for loss and turnovers. With both offenses ranking out in the middle of the pack, it’s pretty safe to assume that this pivotal AAC bout will be dominated by both defenses. A very windy day is expected for the city of Tulsa on Saturday as well which should find both squads looking to the ground with regularity. Should that come to pass, the clock won’t stop tick, tick ticking away!

I’ve seen all I need to see of the 2020 Louisville Cardinals. The team is wretched! While the offense is better than average, the defense is an all-out joke! It just allowed the turnover prone Georgia Tech Yellow Jackets to drop 46 points on their heads. The Ramblin’ Wreck was having all sorts of issues finishing drives and holding onto its possession of the pigskin before last week’s matchup. None of that occurred last week! As for the Fighting Irish, it’s done a fantastic job on both sides of the ball finishing drives and preventing the opposition from mimicking that feat. ND stuffs the run, limits the pass and forces turnovers. It also gets after opposing offenses with countless tackles for loss. The Ville has proven to be a team that can be defeated behind the line of scrimmage with regularity. This is simply just a terrible matchup for the Cardinals, and it will show when it’s said and done once Ian Book and company win and cover the number with relative ease.

How much fun has it been to watch Matt Corral and Elijah Moore go about their business every passing week? The duo has been nothing short of electric with the former shredding Florida, Kentucky and Alabama for 1,080 passing yards and 9 TD and the former being his main beneficiary by reeling in 31 receptions and turning them into 462 yards and a score. Kenny Yeboah hasn’t been too shabby either in going for 355 yards and 4 TD. That said, the Rebels have needed the offense to step up every passing week simply due to its sieve of a defense that’s allowed all opposition to rack up over 640 yards per game and over 51 points per game. No team in the country has been worse at preventing opponents to finish off drives! Arkansas isn’t too far behind in that department. In actuality, it’s pretty on par with the Rebels in terms of allowing opponents to run and pass effectively. Until oddsmakers start lining the Rebs’ games in the 80s, I’m hitting the over!

I like what I’ve seen from the Noles since getting embarrassed by The U. They battled back from a 14-0 first quarter deficit to defeat Jacksonville State 41-24, and followed it up with a solid showing in South Bend last week. After falling behind 14-3 early on in the first quarter, it looked like FSU was going to simply roll over, take their licking and head back to Tallahassee. But it didn’t happen. The team stepped up to take a 17-14 lead into the second quarter. Though it got its doors blown off soon after, it played even over the course of the second half to log the pointspread cover. Growth. As for UNC, it finally showed us what it was capable of by dropping a big number on Virginia Tech. However, it allowed the Hokies to get back in the game and needed a score late to put the game away. I’m still not sold on what UNC is trying to sell. With that, I’ll be taking the points with the Noles in this spot and might even entertain the thought of sprinkling some beer money on the money line as well; it’ll ultimately depend how deep into the Crown handle I’ve gotten come Saturday night.