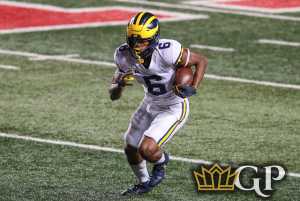 We put forth a winning 3-2 ATS ledger last week, but it could’ve been so much better. A huge slate is in the offing for Week 13 college football picks, so let’s dig into the offerings and see if we can’t get back above .500 ATS for the season.

We put forth a winning 3-2 ATS ledger last week, but it could’ve been so much better. Had Cincinnati not decided to play the clock game instead of log the front door score in the final minute, we would’ve cashed in. Fickell goes out of his way to cover the spread when I faded him against East Carolina, but stuck it to me when I backed him – Fun! The only terrible call was Oklahoma State plus the points in Norman. Spencer Sanders going down didn’t help, but Boomer Sooner looked awfully good regardless. We went on to cash three tickets with Liberty, BYU and Hawaii who stormed back in the second half to cover the number against Boise State on the island. A huge slate is in the offing for my Week 13 college football picks, so let’s dig into the offerings and see if we can’t get back above .500 ATS for the season; the record currently checks in at a disappointing 23-25 ATS.

The Civil War has gone the way of the Oregon Ducks in three straight as well as nine of the L/10. They won those games by an average of 24.6 points per game. However, Mario Cristobal’s defense has been atrocious thus far, and I expect it to have its hands full trying to prevent Jermar Jefferson from running roughshod upon it in this spot; especially with stud LB Sewell nursing an injured leg that forced him to get carted off the field last week. The Beavs RB1 has amassed 449 rushing yards and 5 TD through three games. He’ll no doubt be licking his chops to get a crack at an Oregon run D that concedes 188 yards per game at an inflated 5.0 yards per carry. Jefferson is in line for a huge showing that should allow for the home based Beavers to stick within this lofty spread throughout. That said, Oregon is sure to get theirs as well with QB Shough likely to light them up through the air and RB Verdell expected to take advantage of an ORST defense that’s given up 5.2 yards per carry. This has all the makings of a very exciting back and forth affair, so I’ll enter it pregame with investments on the underdog and under and adjust live throughout.

Even though starting center Jarrett Patterson will miss the rest of the season due to foot surgery and guard Tommy Kraemer will miss this game due to an emergency appendectomy, I’m still of the belief that the Fighting Irish get theirs in this potential trap spot in Chapel Hill. North Carolina will also get a pair of capable defenders back into its secondary. Still, that’s not enough to dissuade me from believing Ian Book and company are good for 37 at minimum versus this ragtag Tar Heels defense. Even running up against the likes of BC, NCST and Syracuse, UNC’s run D checks in at No. 56; all three of those teams have rushing attacks ranked No. 86 or worse. Notre Dame’s rushing attack clocks in at No. 14 so it’s pretty safe to assume Kyren Williams and company are in for a big showing Friday afternoon. With that, Book is also likely to go off through the air as he attempts to make hay against the perceived weak link of the UNC defense; at least on paper with the Heels conceding nearly 262 passing YPG. So long as the absences on the O-Line don’t hinder ND’s ability to do damage both on the ground and through the air, they should exceed their team total with relative ease.

Not much to say about this one other than I’m playing the spot. Northwestern invades East Lansing off an enormous upset win over the Wisconsin Badgers. The Fighting Fitzgerald’s are now an unblemished 5-0 SU and 4-0-1 ATS with wins coming against Maryland, Iowa, Nebraska, Purdue and the aforementioned Badgers. Surely they’re good enough to defeat a Spartans squad with only one win under the collective belt through four tries, but enough is riding on this game for the Wildcats to lead me to believe the impost is a bit rich. UNW clocked in at No. 8 in the first installment of the CFP rankings, and there are some out there that seriously believe they have a shot at qualifying. As much as I respect what Fitzgerald has been able to do with his kids to this point of the season, I by no means am buying into them being two touchdowns better than Sparty on its home field. With MSU having prolonged rest to prepare for this game and losing each of the last three times they welcomed Northwestern into Spartan Stadium, I expect a “circle the wagons” type effort that keeps this matchup competitive throughout.

I’m kicking myself for not continuing to fade Penn State every passing week. I did so in their opener at Indiana, but that’s it. Bottom line, the team has no inclination of competing this season. It just got its doors blown off by the Iowa Hawkeyes which followed losses at Nebraska, to Maryland, Ohio State and the aforementioned Hoosiers. James Franklin’s kids want absolutely nothing to do with a football field right now; that’s clearly apparent. Then there’s Big Blue. Michigan enters this tilt off an exciting overtime win against Rutgers. Say what you will about the Scarlet Knights, but they’ve been competitive in Schiano’s first year back at the helm. Whether Cade McNamara’s performance off the bench was real or not last week, Michigan’s offense should have an exceptionally easy time of beating PSU on the ground and in the short passing game. With PSU routinely getting their tails kicked following a loss, I’ll press and look for that trend to continue in this spot with Harbaugh’s Wolverines looking to get back to .500 at home where they’re yet to win a game this season.