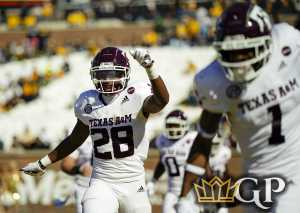 It was a tough 1-4 ATS showing last week to move the overall record to 8-17 ATS through 25 selections. No finger crossed . No hoping. Let’s recoup some of those losses with my top rated selections for Week 11 of the college football betting season.

Here’s another edition of college football picks to fade for this upcoming Saturday! I know you’ve been waiting with bated breath to see what you should go the other way on after I logged another disastrous 1-4 ATS showing last week to move the overall record to 8-17 ATS through 25 selections. I seriously have no choice but to laugh at this point. Liberty lived on Ole Miss’s side of the field, yet only managed 14 points in a losing effort that came nowhere close to going over. Maryland tied Penn State at 14 at the outset of the fourth quarter, but then proceeded to give up an 86-yard scoring strike and a field goal. On its way to kicking the backdoor in trailing by 10 with just over two minutes remaining as 10-point pups, Taulia Tagovailoa got pick-sixed for 87 yards. Cincinnati was simply just a bad call. The Bearcats have to smear someone sooner or later to reach the CFP, right? Tennessee represented the only ticket cash after winning a back and forth affair at Kentucky. No finger crossed. No hoping. Let’s recoup some of those losses with my top rated selections for Week 11 of the college football betting season.

This B1G East battle between the Wolverines and Nittany Lions pits two of the best scoring defenses in the country up against one another. The Maize and Blue have only surrendered 16.0 points per game (No. 6), while PSU clocks in right behind them in serving up 16.7 points per game (No. 10). On top of that, each ranks amongst the top 10 in finishing defensive drives. I’m not a believer in U of M’s offense regardless of it going for 32+ points in four of its last five games. Penn State just had major issues scoring against the Terps No. 96 ranked scoring defense! Weather also figures to be problematic with a wintry mix expected with 12 mph winds and rain. It’ll likely be a slop fest which makes it incredibly trough for both offenses to find traction.

The Aggies still have an outside shot of qualifying for the College Football Playoff. In order for that to occur, it must win out and hope that Alabama loses one more game with it owning the tiebreaker over the Crimson Tide. I was clenching onto my Aggies SEC title future like crazy last week hoping LSU could spring the upset. Unfortunately it didn’t come to pass. Regardless, I’ve come away very impressed with the way Jimbo’s team has bounced back from successive losses to Arkansas and Hail State. It’s rattled off four straight wins and covers starting with the home upset of Bama and ending with last week’s handling of Auburn. Ole Miss is a bruised and battered bunch that’s failed to live up to mine and many others expectations. They’ll be locked into a lesser tiered bowl once this one’s said and done.

The Badgers have been kicking butt and taking names ever since dropping an embarrassing 38-17 decision at home to Michigan. Since then, Paul Chryst’s kids have rattled off five straight wins and covered four in the process. They just laid the hammer down on Rutgers and before that dominated Iowa and Purdue. Though Wiscy is 2-2 SU and failed to cover each of the last four matchups with the Wildcats, this year’s UNW team is tough on the eyes. It’s dropped its three road games to Michigan, Nebraska and Duke by an average of 27 points per game, and I’m not entirely sure they’ll find a way to put a single score on the board versus wheat looks to be a locked in Badgers team that knows it must win out to represent the West in the B1G title game.

I’ve had a pretty good handle on the Bulldogs this season. It all started in the season opener versus Clemson in which we bypassed the +3 and hit the moneyline instead. Though they made me look foolish backing Arkansas, I’ve personally cashed four straight tickets backing them heavily versus Auburn, fading against Tennessee, and riding in the Cocktail Party battle with Florida. I even took a small flier on Mizzou last week. That being said, I’m thinking this is too many points for Kirby’s kids to be laying in Knoxville against Hendon Hooker and company. Tennessee runs a fast paced offensive attack that always seems to find a way to spring a big gainer every possession. While the Dawgs are at a completely different level, I question whether the team will be able to keep the Vols in check for a full 60 minutes in their own house. If they do, you know darn well that back door will be open late!

The MWC’s West division title will be on the line when the Wolf Pack and Aztecs lock horns Saturday night with the latter looking to snap a three-game losing streak in the recent rivalry. SDST relies solely upon Greg Bell’s success out of the backfield to get much of anything done on offense. It lacks explosiveness in the passing game with it ranked No. 125 overall. Nevada’s defense leaves much to be desired with it the No. 69 ranked unit in the country, but it’s not that side of the ball that has me siding with the road dogs in this spot. Carson Strong is arguably the best QB in the conference, and he’s anchored by one heck of a WR duo in Romeo Doubs and Cole Turner. This game will be highly contested and low scoring with one big play from either side determining the final outcome. I’m banking on Strong and company making that play to take a fourth straight from their hated rival - Slam Your Man!