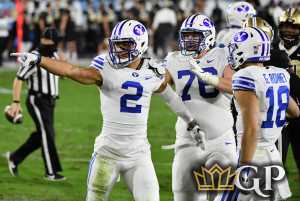 College football gets underway in earnest this week with all of the top teams in action. Gamblers got their appetites whetted last week with a few games on Saturday, but now we get into the real season with Week 1 college football action. College football odds for Week 1 have been up for quite some time so we have a lot to consider, but we’ll simply look at the biggest line moves of the week. We’ll list the games by date and let you know the opening line, the current line and what we think will happen. Note, we’ll only list line moves of three points or more for this week. There will be some line moves we agree with and some we don’t, but for the purpose of tracking this column we’ll update the record each week with all of the major line moves.

Bettors have been taking the underdog in this one, as the line opened with Appalachian State listed as a 13.5-point favorite and the line is down to 10.5. I don’t know that I have a ton of faith in East Carolina, so this would not be a huge play for me.

The public and nearly everyone else is all over the Volunteers in this game against Bowling Green. This number opened at 28.5 and is now up to 35. I hate laying big numbers in college football but there is no way I would take Bowling Green.

The Wildcats opened as a 7.5-point favorite and that number is down to 3. The Wildcats are considered the better team and they are at home, so I am not sure why bettors are pounding Michigan State.

I am not sure what to make of this game, as the line on Texas opened with the Longhorns listed as anywhere from a 14.5-point favorite to a 17.5-point choice. Bettors have been taking Louisiana-Lafayette on a regular basis. ULL is actually ranked in some polls to start the season, so it appears that oddsmakers made a bad line on the Longhorns and bettors have been pounding ULL.

The Red Raiders opened as a 6.5-point favorite and bettors have been taking Houston hand over fist. The current line is just 1.5. I would feel a lot better about this play if I was getting more than a field goal.

The Bears opened as a 10.5-point favorite and now they are laying 13.5 points. I don’t like laying big points on the road, but Baylor does look to be the right side in this one.

Bettors are taking Georgia Tech in this one, as the Yellow Jackets opened as a 13-point favorite and the number is now 18. It is worth noting that this is not the Northern Illinois team of many years ago that was any good, so Georgia Tech could roll.

I am really leery about laying big points on the road, but this line opened with BYU laying 9.5 and the number is up to 12.5.  I have no idea what to expect from Arizona as they have a new head coach, so I understand why bettors are taking the Cougars.

The Cougars opened up as a 13-point favorite against the Aggies and the line is now 17. Washington State looks to have a pretty good team in the Pac-12 this season and they should be able to handle Utah State. I definitely liked this game more when it was 13 instead of the current 17.