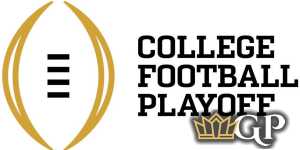 For the first time since the College Football Playoff came into existence, the Alabama Crimson Tide won’t be partaking in the festivities.

For the first time since the College Football Playoff came into existence, the Alabama Crimson Tide won’t be partaking in the festivities. Let’s poor one out for Nick Saban and company - :( Roll Tide! On the flipside, Dabo Swinney’s Clemson Tigers find themselves in the Final Four for the fifth straight season, while the Lincoln Riley led Oklahoma Sooners qualified for the third straight season. Back in the playoff for the first time since joining the fun in the inaugural season of the CFP are the Ohio State Buckeyes, while the LSU Tigers are the virgins of the bunch but enter the odds on favorite to win it all at online sportsbooks. Let’s dig into the matchups and odds and lay some of the groundwork for when the end of December comes around.

LSU figures to be an enormous liability for online sportsbooks in this game. The betting line hasn’t been up for more than four days and already linemakers are ruing the day they opened LSU up as just 11-point favorites. The number to beat is already up to -13 with 62 percent of the bet count and 74 percent of the money backing coach Orgeron’s troops. A bulk of the handle taken in has however come from the public with early sharp money siding with the Sooners plus the points. Those booking the bets will no doubt be hoping Jalen Hurts and company can keep this one respectable.

What’s Oklahoma going to do to prevent LSU’s offense from going HAM in this matchup? The Tigers enter this tilt with likely Heisman Trophy winner Joe Burrow navigating an offensive attack that racks up nearly 555 yards per game (No. 1) and dents scoreboards for an average of 47.8 points per game. We’re talking about an offense that just dropped 37 points on the heads of a Georgia Bulldogs defense that still ranks No. 4 overall and No. 2 in points allowed coming out of the SEC title game. In other words, it had no issues piling up the points on a stop unit that dominated all season long. OU is much better defensively than it was last season, but still has issues defending both the run and the pass and concedes an average of 24.5 points per game (No. 50). Should Boomer Sooner ultimately find a way to compete in this game, it would be because of the offense’s exchanging body blows.

Bookmakers have to be loving the action coming in on the late game with it way more balanced than the first matchup. As it stands right now, the defending champion Clemson Tigers have taken in 54 percent of the bet count, while Justin Fields and his mates have garnered 52 percent of the money. A bulk of that handle has come in on the Buckeyes plus the points, while the betting public has jumped on the Tigers bandwagon. This is shaping up to be one of those quintessential Pro vs. Joe matchups that predominantly goes the way of the professionals more times than not.

With all the attention LSU has received over the course of the regular season, the defending champs have been able to lie in the weeds waiting for the best possible time to strike. That time has come! The betting markets don’t look to be taking the team seriously a year removed from it receiving a bulk of the action in its two played CFP matchups against Notre Dame and Alabama. While much of that has to do with it playing in arguably the worst Power 5 conference in the country, you’d be doing yourself an enormous disservice if you overlooked Clemson and believed Ohio State walks all over them due to the fact that they played in the more competitive Big Ten. That said, Ryan Day has got an offensive dynamo at his disposal with the Buckeyes owners of the nation’s top-ranked scoring attack. But will Justin Fields be 100 percent healthy once this game rolls around? That my friend is the million dollar question. If he is, Ohio State has the horses in the stable to win this game outright. If not, it will be a tough uphill climb to match Trevor Lawrence and company.