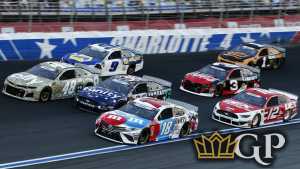 Weekly Sports Betting Schedule for the week of May 25-29. Sports betting odds at the online sportsbook.

Sports continue to look as if they’re on the comeback trail. Competition both foreign and domestic no longer have concerns over public perception or about the sheer volume of testing that would be required for its athletes. Instead, they’re more fixated upon the processes and guidelines needed to get their respective games back on the playing field and move forward amidst the coronavirus pandemic. To date, sports bettors have already been able to wet their whistle with the UFC, golf, The Bundesliga, NASCAR and PBR in recent weeks. Bigger and better looks to be on the docket with the NBA, NHL, MLB, PGA and tennis all expected to return to and or start-up their respective seasons. While there are concerns that an early return could prove to be an all-out flop, the risk is one that could ultimately prove to be rewarding and that’s a chance most leagues are banking on. Here’s a look at the offerings for the workweek spanning May 25 through May 29.

After a two-day hiatus, German Bundesliga betting action returns to the pitch on Wednesday with four fixtures which includes the matchup between league heavyweight FC Bayern Munich and Borussia Dortmund with the former currently lined a -122 favorite with the game total set at 3.5. Five more matchups are slated to go on Wednesday. Vysshaya Liga betting action returns on Friday with a pair of matchups that takes soccer bettors into the weekend where a six-pack of games await. Other leagues in action this week include Serbia Superliga, Poland Puchar Polski, Hungary NB 1 and Cup, Denmark Sas Ligaen and 1st Division, Czech Republic FNL and Gambrinus Liga and Austria Cup.

Batting leader Jose Miguel Fernandez of the Doosan Bears and HR leader Han Dong-min of the SK Wyverns will all be in action this week in another loaded slate of Korean League baseball. The KBO has given baseball bettors a taste of the “Boys of Summer” while Major League Baseball maps out its return to the playing field. Teams set to hit the field this week include the Samsung Lions, Lotte Giants, KT Wiz, Kiwoom Heroes and the aforementioned Doosan Bears and SK Wyverns. Take one matchup in live on ESPN2 or the ESPN App every morning starting this Tuesday.

E-Soccer continues to be a favorite for those looking to take as much of the sport in as possible as quarantine’s start coming to a close. That’s once again the story this week with the Champions League offering up a loaded 20 match card on Monday with more to follow throughout the week. Others going early also include the Battle Premiere League, Cyber Champions League, Cyber World Cup, Cyber Europa League and Germany, Italy, France and England Cyber Stars League are all locked in for battles on Monday. Another solid E-Ice Hockey slate is also locked in to kick off the week with 10 matchups all lined up. CS:GO has another big week in store with matchups slated to go Monday through Thursday with more likely to follow into the weekend. DOTA 2 bettors got a whopping 18 games to wager upon on Monday with 11 more on Tuesday. Mid-Season Cup action is set to go down in League of Legends on Monday and Tuesday, while Rainbow Six gets fired back up with a 4-pack of tilts scheduled for Tuesday.

The Madden NFL20 “Blind Draw – Low Seed Home Field” Tournament will come to a close this week with four teams remaining. There was only one surprise entrant into the Final Four with the No. 15 seed Oakland Raiders punching its ticket to the semis by way of a hard-fought 19-17 outright win over the Green Bay Packers. The No. 3 seed Dallas Cowboys, No. 4 Los Angeles Rams and No. 1 Los Angeles Chargers will also be duking it out for tourney bragging rights. Big D currently checks in as the +153 favs to be the last team standing followed by the Chargers +211, Rams +33 and Raiders +730. The semis go Monday followed by the title game on Tuesday. A bevy of playoff series are set to go down in MLB The Show 20 all week with the headliner being the one that pits the Los Angeles Dodgers up against the Houston Astros. NHL20 EA Sports kicks off the U.S. Canada Challenge this week with the Sabres/Canadiens, Canucks/Rangers, Jets/Islanders, Stars/Maple Leafs and Predators/Flames set to commence their Best of 5 series on Monday. All sims can be taken in live @PrimeTimeAction on Twitch.TV.

With Monday kicking off a brand new work week, live betting the stock exchange will once again be made available for all that follow the NASDAQ, Dow and S&P. College football national championship futures odds have been on the board for nearly two months now, and it’s Clemson (+225), Ohio State (+400), Alabama (+500) and Georgia (+800) representing the only teams offering up less than 10-1 returns. Also readily available to be wagered upon are NFL regular season win totals, odds to win Super Bowl LV, odds to win the AFC and NFC as well as every respective divisional race. Odds to win the US Masters and the French Open for both the men and women are also on the board. A bevy of MLB futures which include odds to win AL/NL MVP, AL/NL Cy Young Award, and the AL/NL Rookie of the Year Award are also readily available to be wagered upon.