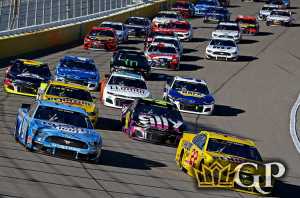 Weekly Sports Betting Schedule for the week of May 18-22. Sports betting odds at the online sportsbook.

The four majors have started to stir the pot. The NHL is looking deeply into continuing its season. The NBA would’ve already started already if it were up to the players who were quoted as wanting to close the season out badly. MLB owners have already agreed to a plan that would start in July. It’s up to the players union to give it the thumbs up. As for the NFL, it’s slated to start as originally planned in early September. Also of note is that college football is yet to deviate from its originally planned schedule as well. Much time stands between now and then, so fingers crossed everything remains on course. This past weekend saw the UFC continue its live action without a fan in the stands, while sports bettors also got to dig into some NASCAR, The Bundesliga and golf odds for the first time in months. Here’s a look at the offerings for the workweek spanning May 18 through May 22.

German Bundesliga betting action continues on Monday with a matchup set to go down between Werder Bremen and Bayer 04 Leverkusen with the latter installed -154 chalk and the game total lines at 3. Also set to return to the pitch this week is the Vysshaya Liga with four matchups locked in from Wednesday to Friday leading up to even more action through the weekend. Estonia Meistriliiga betting action picks back up on Tuesday with a pair of matchups followed by two more locked in for Wednesday. Costa Rica Primera Division action is set to go down on May 19-20, while Asian soccer betting has the K-League, Yokary Liga and Reserve League all in action as well.

NASCAR returned to action on Sunday at Darlington with Kevin Harvick getting a dominating win. It wasn't a race with a ton of excitement, but it proved to everyone that a major sports event can be run effectively without fans in attendance and the ridiculous safety measures can be adhered to and the race still held. NASCAR will hold three races in just seven days, as there will be another race at Darlington on Wednesday and then the teams will travel to Charlotte for a race on Sunday.

A new week brings with it another loaded slate of table tennis betting action. From European to Asian to International, a bevy of matchups are all lined up for the upcoming workweek. Liga Pro China and Russia get the week started off right with a combined 20+ matchups on Monday, while the Setka Cup, TT Cup and Win Cup boast 60+ of their own. The women also get involved early in the week with nearly 25 combined matchups locked in for the Setka Cup and Win Cup. The Czech Republic also has 16 matches of its own locked in for Monday’s slate - good times!

Though soccer leagues across the world are slowly but surely returning to the pitch for competitive action, E-Soccer continues to be a favorite for those looking to take as much of the sport in as possible as quarantine’s start coming to a close. That’s once again the story this week with Liga Pro offering up a loaded 20 match card on Monday with more to follow throughout the week. Others going early also include Battle Premiere, Battle Nations League, Battle Champions League, Cyber World Cup, Cyber Copa America , Cyber Champions League and Germany Cyber Stars League are all locked in for battles on Monday. Another solid E-Ice Hockey slate is also locked in to kick off the week. CS:GO has another big week in store with matchups slated to go Monday through Wednesday with more likely to follow into the weekend. DOTA 2 fans got nine games to wager upon on Monday, while Starcraft 2 has a pair of huge matchups set to go down on Wednesday and Friday with Dark (-140) and Cure (-340) installed decided chalk to come out on top.

Off another loaded weekend of sim games that saw Madden NFL20, NBA2K20, NHL20 EA Sports, FIFA20, MLB The Show 20 and UFC3 all in action, it’s right back to the digital world to kick off the week. Four Madden matchups area slated for both Monday and Tuesday in the “Blind Draw – Low Seed Home Field” Tournament with the Bengals/Redskins (PK), Packers/Bills (+3), Colts/Titans (-1.5), Raiders/Chiefs (-7), Chargers/Seahawks (PK), Cardinals/Panthers (-7), Eagles/Dolphins (+8) and Rams/Saints (-3) set to lock horns. New Orleans (+400) is the current frontrunner to win this tournament followed by the Chiefs (+600), Vikings (+700), Packers and Seahawks (+800) and Cowboys (+900). Playoff play returns on the MLB diamond with exhibitions also scheduled every day of the week, while in-state rivalries are on the betting menu in the NHL with the Battle of New York, Pennsylvania, Florida, Alberta and Los Angeles all scheduled for Monday. All sims can be taken in live @PrimeTimeAction on Twitch.TV.

With Monday kicking off a brand new work week, live betting the stock exchange will once again be made available for all that follow the NASDAQ, Dow and S&P. College football national championship futures odds have been on the board for nearly two months now, and it’s Clemson (+225), Ohio State (+400), Alabama (+520) and Georgia (+800) representing the only teams offering up less than 10-1 returns. Also readily available to be wagered upon are NFL regular season win totals, odds to win Super Bowl LV, odds to win the AFC and NFC as well as every respective divisional race. Odds to win the US Masters and the French Open for both the men and women are also on the board. A bevy of MLB futures which include odds to win AL/NL MVP, AL/NL Cy Young Award, and the AL/NL Rookie of the Year Award are also readily available to be wagered upon. Have a nice week!