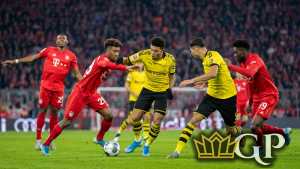 Weekly Sports Betting Schedule for the week of June 1-5. Sports betting odds at the online sportsbook.

Word should come soon as to when the NBA will return to the hardwood. It’s looking like LeBron James and company will be back in action at some point in July with a fanless tournament held at Disney World in Florida being a possibility. An 82-game MLB schedule has been put on the table by the owners, but the players union wants nothing to do with it should its issues with player salaries not be remedied. It continues to be all systems go for the NFL with minicamps still expected to be held in June, and it’s starting to look like college football will also go as planned regardless of whether students are on campus and class is in session. The NHL will be back on frozen pond no later than July 1 with a 24-team tournament-style playoff crowing a champion in the fall. The PGA tour also returns in the middle of June. This is all great news for online sportsbooks! Fingers crossed a second wave of the coronavirus doesn’t rear its ugly head with numerous states opening back up to the public over the last week. Here’s a look at the offerings for the workweek spanning June 1-5.

Following Monday’s off day, KBO baseball will be back in action with 20 games slated to go Tuesday through Friday. The KBO has given baseball bettors a taste of the “Boys of Summer” while Major League Baseball continues to figure out a way to return to the playing field. Teams set to hit the field this week include the Samsung Lions, Kia Tigers, Hanwha Eagles, NC Dinos, LG Twins, Lotte Giants, KT Wiz, Kiwoom Heroes, Doosan Bears and SK Wyverns. Take one matchup in live on ESPN2 or the ESPN App every morning starting this Tuesday. Should MLB return, futures are still on the board so don’t forget to invest in the AL/NL MVP, AL/NL Cy Young Award, and the AL/NL Rookie of the Year Award winners.

It might not be PGA level golf – that will have to wait until the Charles Schwab Challenge set to go June 11-14 - but there are three tourneys slated to go this upcoming week that should have fans of the sport salivating at the prospect of wagering on the outcomes. We got the Player Championship with Jazz Janewattananond installed the +355 favorite, the Outlaw Tour 2020 with Brady Calkins lined as the +615 favorite, and the Coral Springs Two Day 2020 with Bo Hoag checking in as the +315 favorite. Also available to wager upon are US Masters futures with Rory Mcllroy the current +700 choice to don the green jacket.

Another two-race week is lined up for NASCAR with the running of the Cheddar’s 300 from the Bristol Motor Speedway. Chase Briscoe +275 and Justin Allgaier +350 are the current co-favorites. Other notable returns on investment include Ross Chastain +700, Austin Cindric +900 and Brandon Jones +900. The race can be seen live on FS1 with the flag set to drop at 6 p.m. ET. Then be sure to tune in on Sunday when NASCAR betting heads to the Atlanta Motor Speedway for the Folds of Honor QuikTrip 500.