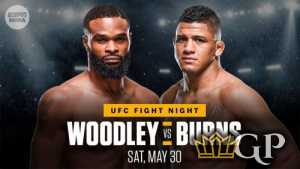 Weekend Sports Betting Schedule for the weekend of May 39-31. Sports betting odds at the online sportsbook.

The return of a number of sports leagues is right around the corner! The English Premiere League just recently came out and stated it will be returning to the pitch on June 17; two matchups are locked in for that date pending government approval and both matches are currently on the betting board at Bookmaker.eu. Should this occur, the four largest soccer leagues in the world – EPL, La Liga, Serie A and Bundesliga will all be in action by the 20th of June. The NHL announced its playoff format that’s scheduled to commence in late July and spill over into the fall. The European Tour hopes to get back to its courses in late July with the Betfred British Masters, while the Australian Football League will restart play on June 11 with the first of 36 matches. Unfortunately, there still aren’t return dates for the NBA or MLB with things getting murkier and murkier for the latter due to the players union simply not accepting terms from owners. Thankfully, there has been no talk of postponing or eliminating the current college football or NFL schedules. Here’s a look at what’s going down at online sportsbooks through the weekend of May 30-31.

A loaded slate of European soccer betting is locked and loaded for the weekend. The Bundesliga betting odds once again take center stage with seven overall matchups locked in through Sunday. If you’re a dog player, you might want to throw some beer money on Fortuna Dusseldorf who checks in as a laughable +2414 pup to league favorite Bayern Munich; the draw pays out at better than 10-1 should the former be the least bit competitive. Per usual, Vysshaya and Pervaya Liga will also be in action with a total of eight matchups set to go down on the pitch through the weekend.

Pending Mother Nature not mucking things up like it did to the Alsco Uniforms 500 earlier in the week; The Food City 500 is scheduled to race this Sunday at 2:30 p.m. ET from the Bristol Motor Speedway. Chase Elliott took the checkered flag late Thursday night to come out triumphant after just coming up short the prior Sunday in the Coca-Cola 600. It amounted to his first Cup Series triumph of the season, and he will be listed amongst the favorites to win on Sunday as well he’s been racing of late.

Casinos just got the green light to open their doors back up. That means the Sin City strip will feel a bit more normal on Saturday night when UFC Fight Night goes down from the Apex Center which resides just off of it. Headlining the UFC event will be Tyron Woodley and Gilbert Burns with the former installed the -190 favorite to bounce back from his disappointing defeat to Kamaru Usman back in March that cost him the welterweight championship. Fights also on the card include Augusto Sakai vs. Blagoy Ivanov -110, Hannah Cifers vs. Mackenzie Dern -450 and Klidson Abreu vs. Jamahal Hill -130 amongst others. Take all the action in live on ESPN at 9 p.m. ET.

A much lighter betting slate awaits E-Sports bettors this weekend. CS:GO will have its Dreamhack Masters going down in both Europe and North America, but that’s all that’s set to go down over the weekend at the time of this writing. It’s likely other results need to be determined first before DOTA2, League of Legends, Starcraft 2 and other leagues pick things back up over the weekend. Big money will be on the line for the contestants, so do your homework then wager and watch it all go down live right from Bookmaker’s backend!

First Round betting action for Blind Draw - High Seed Home Field Prime Time Championship Episode 6 kicked off on Friday. The tourney picks back up on Monday, but futures odds for the tourney winner are currently on the board at Bookmaker.eu. The Dallas Cowboys continue to be the team to beat in Madden20 tourney sims. Because of it, they find themselves installed the +326 favorites to win this one as well. Other notables include the Los Angeles Chargers +476, New Orleans Saints +628, New England Patriots +805 and Kansas City Chiefs +907. This weekend slate is loaded with exhibition matchups; 17 to be exact!  Playoff series and exhibition matchups are slated for NBA2K20, MLB The Show 20 and NHL20 EA Sports, but UFC EA Sports 3 will be the main attraction on Sunday night with four regular and three “Stand and Bang” bouts all lined up. The Final Chapter between Amanda Nunes and Cris Cyborg will have everyone tuning in with the former installed the slight -120 favorite to take the Best-of-5 series. Each and every one of these sport sims can be watched and wagered upon live on their respective family of streams at @PrimeTimeAction on Twitch.TV.