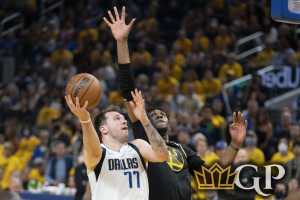 The NBA Playoffs are down to the final four teams with the Boston Celtics and Miami Heat battling for the Eastern Conference title, while the Dallas Mavericks and Golden State Warriors battle for the Western Conference title. Both series will shift locations this weekend, as the Heat will travel to Boston for Game 3 against the Celtics on ABC with a start time of 8:30 p.m. Eastern Time on Saturday, while the Warriors will travel to Dallas on Sunday for Game 3 against the Mavericks with a start time of 9:00 p.m. Eastern on TNT. Let’s look at weekend NBA Playoff picks.

The Heat are definitely one of the most disrespected teams in recent memory. All they did was win the Eastern Conference and get the top seed in the Eastern Conference Playoffs and yet bettors continue to go against them. Miami will face a tougher time on the road in this series, as the Celtics were a good home team this season, but the Heat have proven time and time again that they can win on the road.

There is no question that bettors will be taking the Celtics because they are playing at home, but Miami has no fear of playing in Boston. The Heat continue to prove that they are a real threat to win the NBA title this season. The value will be on Miami in this contest and with both teams playing solid defense this could also be a low scoring game. I’ll take the Heat and the game under the total.

The first thing that sticks out to me as this series shifts to Dallas is the home and road records of the two teams. Both teams were much better on their home court this season than on the road. The Warriors were just barely over .500 on the road this season, going 22-19, while the Mavericks were 29-12 at home. There is no question that the Mavericks play far better at home than they do on the road. Amazingly, they won at Phoenix to win Game 7 of that series, but I wouldn’t bet on that happening again.

Dallas scored 108 points per game which was just 24th in the league, while they were second in fewest points allowed at 104.7 per contest. Luka Doncic led the team at 28.7 points per and he also led the team in assists at 8.4 per contest and in rebounds at 9.2 per game.

One thing we know with Dallas is that they are a much better team at home than on the road and that Doncic is capable of getting hot at home and carrying the Mavericks to a win. We also know that both of these teams play much better defense than most people think. I’ll take the Mavericks and the under in this game on Sunday.