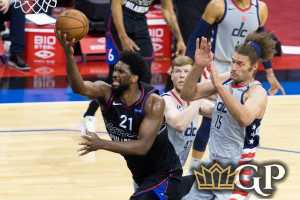 My Weekend NBA Best Bets ultimately churned out a winning mark with a 3-2 ATS tally the first weekend of the playoffs. That moves us to 19-16 ATS heading into this weekend’s action. Here’s to cashing some more tickets at online sportsbooks!