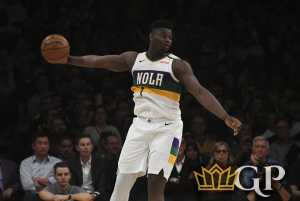 The Denver Nuggets visit the Dallas Mavericks on Wednesday, March 11 on ESPN, while the New Orleans Pelicans are in Sacramento to visit the Kings in the late game. Let’s look at both games and Wednesday night ESPN NBA picks.

The Denver Nuggets visit the Dallas Mavericks on Wednesday, March 11 on ESPN, while the New Orleans Pelicans are in Sacramento to visit the Kings in the late game. The Nuggets are in 3rd place in the Western Conference, while the Mavericks are battling for 8th place. The Pelicans are 4.5 games behind Memphis for the last playoff spot in the Western Conference, while the Kings are 3.5 games behind. Let’s look at both games and Wednesday night ESPN NBA picks.

The Nuggets were once thought to be a team that could finish in second place in the Western Conference, but recently it looks like the Clippers will finish in second place and the Nuggets may do well to stay ahead of Utah for third place. A recent loss to Cleveland was inexcusable and head coach Mike Malone is trying to figure out his team. “Some of the transition defensive baskets that we allow are just so egregious in nature, just jogging back, lob dunk,” Malone said to the media, “Sprinting back, but you don’t talk, give up a wide-open three. … You have to participate in your own recovery. We have to want to go out there and do it.”

The Nuggets are coming off a home game against Milwaukee on Monday. The Nuggets are averaging just over 110 points per game and giving up just over 107 per contest. The Mavericks are in a tough spot, as they are playing their third game in four days and with no rest. They hosted Indiana on Sunday, were off on Monday and they were at San Antonio on Tuesday. The Mavericks are averaging about 116 points per game and giving up 110 per contest.

This is a tough spot for Dallas playing with no rest, so I will take the Nuggets to get the road win.

The Pelicans were thought to be a team that could make a late playoff push with Zion Williamson in the lineup, but time is running out on New Orleans. This game on Wednesday is simply a must-win if they are to have any chance of staying in playoff contention. The Pelicans are getting great play out of Williamson who has been excellent in the paint. He is averaging 17.3 points in the paint, second-highest in the NBA behind reigning MVP Giannis Antetokounmpo.  “He’s a willing passer,” Pelicans coach Alvin Gentry said to the media, “I just think he sees himself where if he’s one-on-one against a defender, the right thing to do is take it to the basket really.” Zion is averaging 23.6 points per game and he is shooting over 58%.

This should be a high scoring game that the Pelicans win, so I will take New Orleans and the game over the total.