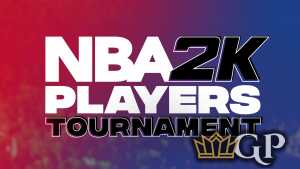 Sixteen of the best players in the NBA will square off on the virtual hardwood to determine who is the best NBA2K player in the league over the next week. Check out NBA2K Odds at the online sportsbook.

If you’re jonesing for some basketball during the great sports desert, there is an oasis on the horizon. Sixteen of the best players in the NBA will square off on the virtual hardwood to determine who is the best NBA2K player in the league over the next week. Luminaries like Kevin Durant, Trae Young, Devin Booker, and Donovan Mitchell will take part in this single-elimination tournament that will be broadcast on the ESPN family of networks with proceeds from this tournament going to charity. The action will kick off Friday, April 3, at 7 p.m. ET on ESPN when Kevin Durant and Derrick Jones Jr. play the initial game, and the rest of the first round will be broadcast on ESPN2 on April 3 from 8:30 p.m. to 11:30 p.m. ET and on Sunday, April 5, from 12 p.m. to 4 p.m. ET.

Although Durant is the No. 1 seed (due to his overall rating in NBA2K), he is an underdog in his first-round matchup with Jones. We do know that Durant plays NBA2K from his tweet criticizing the transition defense in the game back on February 22, and he has had plenty of time to practice as he recovers from an Achilles’ tendon injury suffered during last summer’s playoffs. However, Durant is 31 years old, and that’s ancient in gaming. That gives the 23-year-old Derrick Jones Jr. a bit of an edge.

We know nothing about Barnes’ skills on the sticks. Unlike most of the other players taking part in this tournament, he has not posted it about it on Twitter or Instagram, instead focusing on other endeavors. Meanwhile, Young has been a constant presence on social media while the NBA’s season is on hold. Like Jones, Young is much younger than his counterpart, and that could give him the advantage.

We saw Mitchell beat Ronnie2K last week in NBA2K, and he showed off some real flair in that game. He is likely one of the best three or four players at this game involved in the tournament, and he is routinely streaming on Twitch for all to see. Meanwhile, Hachimura’s gamer credentials are unknown, but he did grow up in video game crazy Japan. Hachimura could be a sneaky pick at this price.

This should be the most one-sided game of them all. Booker is one of the most active gamers in the league, constantly streaming on Twitch. He discovered the season was postponed while playing Call of Duty, and while that’s his favorite game, he has played plenty of NBA2K too. Booker is likely to beat Porter by double digits.

Cousins joined NRG Esports two weeks ago, and he has been part of video game tournaments since that point. He took part in a big COD Warzone competition between different members of the NRG team on Thursday, but we haven’t seen him play too much NBA2K. Drummond is unlikely to be too much of a challenge though as the big man has been more focused on recording music during the break.

Don’t be surprised if this is the most competitive game of them all. Ayton is the second favorite to win the NBA2K Tournament after Booker, but LaVine is no pushover. He recently told a Bulls’ beat writer that he plays a lot of video games in his spare time, so he has a great chance of pulling off the upset.

Harrell has been gaming with a few other NBA players during the break, while Sabonis is a complete unknown. He hasn’t recently posted on social media, and everyone is clueless as to whether he even plays NBA2K. That makes Harrell the play here, as there are too many variables with Sabonis.

The best place to compare odds to find where to bet online is Gambler’s Palace. They will show you everything you need to know about how to bet online, and they work with a great selection of reduced juice sportsbooks.

Checkout the latest odds at BookMaker.eu