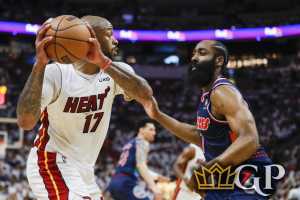 NBA Playoff action this weekend features two games on Saturday and two on Sunday. The two games on Saturday will feature a shift in locations, as the series between the Celtics and Bucks shifts to Milwaukee for Game 3, while the series between the Grizzlies and Warriors heads to Golden State for Game 3.  Both of those games can be seen on ABC.  The two games on Sunday are Game 4’s, as the Suns visit the Mavericks on ESPN, while the Heat visit the 76ers on TNT.  Let’s look at the NBA Playoff schedule and weekend NBA Playoff picks.

The Celtics laid a complete egg in Game 1 of their series against Milwaukee but they came out strong and dominated Game 2. There is really no doubt as to what this series comes down to and that is the ability of Boston to play defense and control Giannis. They didn’t do that in Game 1, as they decided to double team Giannis and that proved to be a mistake, as Giannis passed the ball to open shooters and the Celtics had no answers. Boston changed things in Game 2 and just went with one-on-one coverage on Giannis with Williams and Horford defending and while Giannis did get his points, the rest of the Bucks did very little. I don’t expect Boston to change anything, so if the Bucks are to win Game 3 and ultimately this series, they will need Giannis to play at an MVP level. He is capable of doing that, but I still think the odds are with Boston winning at least one game in Milwaukee. I’ll take the Celtics plus the points in Game 3.

The Grizzlies and Warriors split their first two games in Memphis and now the series shifts to Golden State. This Golden State team is a tough one to figure, as they can look like NBA champs in one game and then lay an egg the next game. There is no question that Golden State has more overall talent than Memphis and they have had plenty of time to get ready for this game on Saturday. I expect the Warriors to exert some dominance in Game 3 and try to take control of the series. I’ll lay the points and take Golden State on Saturday.

The Suns had little trouble with the Mavericks in Phoenix, but it could be a little more difficult in Dallas. The Mavericks have gotten great play from Luka Doncic but not enough from their supporting cast. The problem for Dallas is that they simply don’t have enough scoring to keep up with the Suns. Doncic can only do so much and to beat a good team like the Suns you need multiple players producing at a high level. Dallas is a good team, but Phoenix is simply better. I’ll take the Suns to win Game 4.

The final game of the weekend in NBA Playoff action has the Miami Heat at the Philadelphia 76ers in Game 4 of their series. The Heat dominated the 76ers in Miami and it is now obvious that the Sixers can’t be competitive in this series unless they get Joel Embiid back on the court. My guess is that Embiid will try and play before this series is over, but it is hard to envision him being that effective. The Heat were one of the best teams in the NBA this season and yet for some reason they continue to get very little respect. It could just be that the Heat are not only going to win this series against the 76ers, but also win the Eastern Conference title. The Heat are extremely well coached, have very few weaknesses and definitely are undervalued in terms of the NBA betting odds. I’ll take Miami to win Game 4 on Sunday.