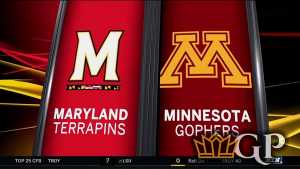 Last week’s 1-2 ATS showing makes it successive losing weeks with my Wednesday night college basketball picks suggestions and I’m not at all happy about it. The only suggestion to hit pay dirt was the over in Raleigh where the Duke Blue Devils ultimately went onto get their tails whipped by the NC State Wolfpack. The Michigan Wolverines continued their hot play and swept the season rivalry from Rutgers much to my chagrin, and then after sticking close for a half Tulsa went on to get destroyed by the Houston Cougars. The main purpose of this piece is to pinpoint winners for all the college basketball betting fanatics out there, so let’s put the matchups under the microscope and see if we can’t fatten the bankroll up for Thursday’s action - Hopefully the basketball gods once again start smiling upon my Hump Day selections!

I just loaded up on Ohio State and faded the Terps their last time out in C-Bus. But even with Anthony Cowan Jr. stinking up the joint before fouling out and Jalen Smith being kept under wraps by Caleb Wesson and company, Maryland still found a way to put a scare into me in the game’s closing moments. While Minnesota just administered a feel-good beat down over Northwestern its last time out, it’s tough not to notice the downward spiral this team has been in for quite some time. As great a player Daniel Oturu has been in this his sophomore campaign, Maryland has the beef down low to keep him under wraps. The Terps also just got lit up from deep versus the Buckeyes, so the defense should be making it a point to defend the perimeter even better against a Gophers offense that lives and dies by successfully converting from long range. Look for Maryland to get out of the Twin Cities with a solid win before heading back home to host Sparty on Saturday.

I haven’t wagered on a Gators game at online sportsbooks ever since I backed them against Baylor at home in the SEC/Big 12 Challenge. Florida went on to get its breakfast, lunch and dinner served up by what proved to be a much better overall Bears team. Fast forward a month and their back home hosting LSU in a game that could go a long way in cementing what the seeds look like in the upcoming SEC tournament. The Tigers currently sit a game ahead of the Gators for third place in the conference. Though each currently would receive a bye in to the quarterfinals, much could change in the pecking order over these final two weeks with Mississippi State, South Carolina and Texas A&M all out to steal their seeds. UF dropped a tough 84-82 decision as 3-point dogs in the first showdown with the Tigers, but I expect them to holed serve in the rematch coming off a sickening loss in Kentucky where they had the Wildcats on the ropes but let them off the hook to see their three game SU and ATS win streaks go up in flames.

The Rebs enter this tilt fresh off handing the San Diego State Aztecs their first loss of the season; in the Viejas Arena no less! There’s only one way to go in this premiere hangover spot and that’s down with the Rebels winners of three straight both SU and ATS and looking to avenge a 73-66 loss to the Broncos from way back on January 8. Boise State however is also playing some solid ball in winning three of four while covering the closing college basketball betting odds four of the last five times. It was by far the more efficient of the two teams in the first skirmish, and I expect that to once again be the case in the rematch while also owning an extreme advantage at the defensive end of the court. The Broncos check in 3-2 both SU and ATS in its last five visits to Sin City, and I firmly expect it to control this game from the opening tip and have a shot at sweeping the season series.