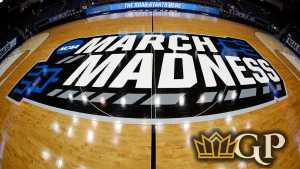 The 2021 NCAA Tournament gets underway on Thursday with First Four action, but Friday is when the real fun begins, as the First Round gets underway. What games should we be looking at for Friday and Saturday in terms of NCAA Tourney First Round Best Bets?

The 2021 NCAA Tournament gets underway on Thursday with First Four action, but Friday is when the real fun begins, as the First Round gets underway. Two of the No. 1 seeds, Illinois and Baylor are both in early action on Friday, while Gonzaga and Michigan will have to wait until Saturday. When it comes to NCAA Tournament betting odds there are many things to consider, but one thing we do know is that taking the points is always worth considering. What games should we be looking at for Friday and Saturday in terms of NCAA Tourney First Round Best Bets? Let’s take a look.

Count me among the people who don’t trust a Matt Painter team laying points. There is no doubt that No. 4 seeds are normally good, as they have won 79% of these matchups through the years, but in the last 10 tournaments more than half of the games were decided by single-digits. In the past two tourneys, five of the eight games were decided by single-digits. I will take the points with North Texas in this contest on Friday.

The Aggies are an interesting team that could cause other teams some trouble. They have one of the best big men in the country in Neemias Queta who averaged 14.7 points per game and 9.9 rebounds per game. Texas Tech is nothing like the team that made the championship game two years ago. They rely heavily on Mac McClung to score and they play suffocating defense.

Did you know that overall, No. 11 seeds have more than held their own recently in the NCAA Tournament? They did struggle in 2019, but even with those struggles in that tourney, the No. 11 seeds have won more than half of their games in the tournament in the last ten years. Games are normally tight in this matchup, as six of the last eight games have been decided by five points or less.

This game has all of the looks of a last possession game that is tight throughout. The points are definitely worth taking and the total is also worth playing. These two teams are going to scratch and claw for every point and it should be a game that goes under the total.

The last game of the First Round in the NCAA Tournament takes place on Saturday night and overall it is my top play of the First Round. Oregon is a very dangerous No. 7 seed that could win more than just one game. They have a veteran team, an experienced coach and they are deep. Some people remember VCU as a giant killer, but his year’s team is one player, as Nah’Shon Hyland averaged over 19 points per game. I don’t think VCU can stay with Oregon even if Hyland has a great game. I will lay the points and take the Ducks.