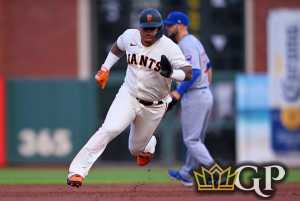 The Phillies host the Nationals on Saturday and Philadelphia needs to take care of business against a weaker club. There have been so many pitching changes of late that I’ll try and just focus on one team in this matchup. The Phillies should be sending Ranger Suarez who has been solid this season with an 8-5 record and an ERA below four. Regardless of who the Phillies send to the mound, I am backing Philadelphia at home on Saturday.

The Angels visit the Astros on Saturday and in the case of this game I am very much focused on the pitching matchup. It should be Shohei Ohtani going for the Angels while the Astros send Jose Urquidy. Both pitchers have been really good this season. Ohtani is 11-8 with a 2.58 ERA, while Urquidy is 13-5 with a 3.51 ERA. I’ll go under the total with the Angels and Astros on Saturday.

One of the late games on Saturday has the Dodgers visiting the Padres. The Dodgers are expected to go with Julio Urias and if that is the case, I’ll back the Dodgers on the road. Urias has been really good for the Dodgers this season with a 15-7 record and a 2.29 ERA. It would not be at all surprising to see Urias get the ball in Game 1 of the NLDS come playoff time.  I’ll take the Dodgers in this one.

There have not been many reasons to back the Royals this season, but one pitcher worth following has been Brady Singer. He is 7-4 on the season with a 3.38 ERA. He has pitched far better than expected this season and he gets a good matchup on Sunday against a Detroit team that is one of the worst in the league. Regardless of who the Tigers throw, the Royals have the edge on the mound. I’ll back the Royals and Singer on Sunday.

One of the best pitchers in baseball this season and without a doubt, the one in the best form currently, is Zac Gallen of the Arizona Diamondbacks. He has a scoreless inning streak that now ranks in the Top 10 all-time in MLB history. Keeping that streak intact won’t be easy at Colorado, but we are not betting on him continuing the streak, we are just taking Arizona. The Diamondbacks have actually played pretty well of late and they have a lot of young talent. I’ll take the Diamondbacks on Sunday assuming Gallen is on the mound.

The Sunday night game on ESPN has the Giants at the Cubs. Why ESPN is doing this game is beyond me. It is hard enough to compete with Sunday Night NFL action, and there is not much chance of sports bettors tuning in to watch the baseball until halftime of the football. The Giants and Cubs are both out of playoff contention and neither team has played that well of late. The Giants have struggled in terms of pitching, as they rank 17th in the league in team ERA. We don’t even know who is going on Sunday, but unless it is Logan Webb you can expect the Giants to give up some runs. The Cubs probably will go with Wade Miley. And yes, this is the same Wade Miley that hadn’t been seen since June until he pitched on Tuesday. Regardless of who starts in this game it should see a lot of offense, so I will go over the total on Sunday night.