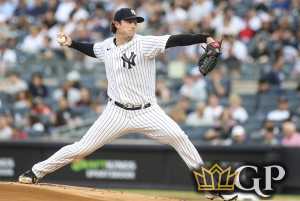 The Phillies visit the Nationals on Saturday and the probable pitching matchup has Aaron Nola going up against Josiah Gray. Nola has pitched really well of late and his numbers on the road have been good, as he has a 2.70 ERA away from home. Gray has been awful at home for the Nationals with an ERA of more than seven. This looks like another win for the Phillies, so I will lay the price and take Philadelphia with Nola on the mound.

The Padres visit the Rockies on Saturday night with Blake Snell expected to go for San Diego while Colorado sends German Marquez. One of the most overrated pitchers in the league is Snell who had his chance to shine with Tampa and then alienated everyone around him. He hasn’t had much success in San Diego and he figures to struggle in this game on Saturday. Snell has an ERA of nearly five this season. Marquez has been even worse, as he comes in with a 3-5 record and an ERA of more than six. I’ll go over the total with the Padres and Rockies on Saturday night.

The early game on Sunday that will be shown on Peacock has the Phillies visiting the Nationals. The probable pitching matchup has Zach Eflin going against Jackson Tetreault. It has been a struggle for Eflin on the road this season, as he is 0-3 with an ERA of more than seven. The first start for Tetreault was a disaster, as he went just four innings and gave up seven runs and nine hits to the Braves. This has all the looks of a bullpen game, so I will go over the total with the Phillies and Nationals on Sunday.

The Yankees visit the Blue Jays on Sunday in one of the marquee matchups and it is expected that Gerrit Cole will go for the Yankees, while the Blue Jays send Yusei Kikuchi. We know what we are going to get with Cole and that is a good outing and unfortunately for the Blue Jays we know what we are going to get with Kikuchi and that is a mediocre outing. He has been a free agent bust for the Blue Jays. You could see last season that Kikuchi wasn’t worth the money, as he struggled with the Mariners, but Toronto shelled out the cash and now they are stuck with him. He is 2-3 on the season with an ERA of nearly five. I’ll take the Yankees and Cole to get the road win.

The Angels visit the Mariners on Sunday afternoon and the probable pitching matchup has Noah Syndergaard going against Logan Gilbert. Syndergaard has not pitched well on the road this season, as he is 1-4 with a 6.53 ERA. Gilbert has quietly been one of the top pitchers in the league this season. He continues to crank out quality starts and give the Mariners a chance to win every time he takes the mound. He is 7-2 on the season with a 2.22 ERA. He is 3-1 at home with a 2.12 ERA. Syndergaard may have more name value, but Gilbert is the better pitcher. I’ll take the Mariners to get the win on Sunday afternoon.