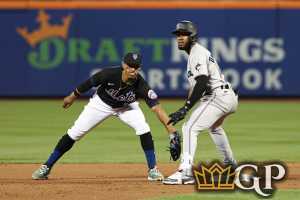 Let’s look at weekend MLB picks for Saturday, July 30 and Sunday, July 31 including the Sunday Night Baseball game between the Cubs and Giants on ESPN.

The first of our weekend picks has the New York Mets visiting the Miami Marlins. The Mets are expected to send Carlos Carrasco to the mound, while the Marlins send Trevor Rogers. Carrasco has been solid at home for the Mets but on the road has had some issues with an ERA of more than five. Rogers has an ERA of almost six for the season so it seems unlikely he is going to keep this New York lineup in check. I’ll take the Mets and Marlins over the total on Saturday.

The Diamondbacks visit the Braves on Saturday and the pitching matchup has Corbin Martin going against Ian Anderson. The Diamondbacks have struggled for much of this season and they don’t have many quality starters. They are trying out Martin and the results have been mixed. He went four innings and gave up four innings last time out against a weak hitting Washington team. On the other side, Anderson is 8-6 with an ERA of more than five. He seems to be all or nothing and that is why his overall ERA is high. I can’t see the Diamondbacks doing much against him, so I’ll lay the price and take the Braves to get the home win.

The Royals visit the Yankees on Sunday and it should be Jordan Montgomery getting the start for New York. He struggled last time out against the Mets but for the season Montgomery has solid numbers. He is 3-3 with a 3.50 ERA.  The Royals haven’t named their starter for Sunday yet, but I don’t care who it is. The Royals are a bad team and Montgomery is a quality starter. I’ll take New York to get the home win.

The Athletics visit the White Sox and it looks to be a huge pitching mismatch, as the A’s are sending Adam Oller to the mound, while the White Sox go with Dylan Cease. Oller has simply been awful with a 1-3 record and an ERA of more than eight. The A’s are trying to see if he can be a starter and so far the results have not been good. Cease is 10-4 on the season with an ERA of just over two. This game looks like a total mismatch, so I’ll lay the price and take the White Sox.

The Sunday night game on ESPN has the Cubs visiting the Giants. It should be Adrian Sampson going for Chicago, while San Francisco sends Carlos Rodon. Sampson has been a pleasant surprise for the Cubs this season, as he has an ERA just over three. He has made six starts and kept the Cubs in every game except for one. Rodon is 4-1 at home this season with a 2.05 ERA. He has struggled a little bit of late but this Chicago lineup doesn’t figure to give him much trouble. The Cubs have played better of late, but they are still not a good team, while the Giants have been scuffling. It could be that both teams struggle to score runs in this one, so I’ll take the Sunday Night Baseball game on ESPN between the Cubs and Giants under the total.