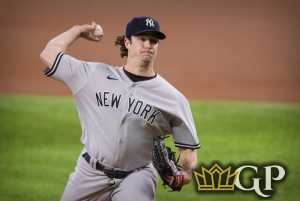 Make sure to check out my MLB Best Bets for this weekend. I am 13-9 over the last three weeks. The following is a 6-pack of MLB Best Bets that hopefully adds to our bottom line through the weekend.

My MLB Weekend Best Bets ended up 4-3 overall largely due to the Chicago White Sox failing to win or cover the run-line in a surprising 5-1 loss to the Kansas City Royals as decided home favorites on Saturday. Never once did it cross my mind that Mike Minor would dominate a Pale Hose offense that crushes lefties. Other than that game, we ended up 4-1 overall so I continue to see the diamond real well. The Rays punished Lucchesi the Fugazzi as expected, while the Jays did what they had to do to get the best of Aaron Nola and the Phillies; man that Toronto offense is fun! Getaway Sunday kicked off with a wire-to-wire ticket cash on the under between the Giants and Pirates, but Huascar Ynoa surprisingly got hit around by the Brew Crew and then proceeded to break his hand immediately after getting pulled. Can’t these pitchers start using their non-throwing hand when they get pissed off about poor outings or poor video game showings? Sunday closed out with a nice comeback wins by the A’s to move my MLB Best Bets to 13-9 over the last three weeks. The following is a 6-pack of MLB Best Bets that hopefully adds to our bottom line through the weekend.

I don’t like the prospects of the White Sox excelling in Saturday’s visit to Gotham. Along with Tony LaRussa losing the clubhouse due to calling Yermin Mercedes out for taking Willians Astudillo yard in a blowout game, Chicago will be forced to run up against Gerrit Cole. And not just a regular Gerrit Cole, but a determined one after the Yanks staff ace was taken to task in his shortest stint of the season after conceding 5 ER and 2 HR through five innings in Texas. Cole is set to go HAM so hit the over of his K prop and bet the White Sox team total under the impost.

The Orioles and Nationals have played to high scorers in five of their last seven overall meetings, and I’m expecting more fireworks to be on display when they cross paths late Saturday afternoon. Bruce Zimmerman and his 4.79 ERA, 5.57 FIP and 7.1 K/9 is set to square off against Jon Lester and his 3.80 ERA, 4.63 FIP and 5.9 K/9. Neither of these hurlers strike opposing batters out, and they’re charitable in the walks department. Baltimore loves stepping in against lefties (No. 9), while Washington has averaged 5.6 runs per game over the last week. Neither starter is long for this one which means both mediocre pens will receive extended work. That bodes well for runs hitting the board, so hit the over for the F5 and full game.

This is a rematch between Matthew Boyd and Brady Singer and it’s one I circled after Detroit roughed the latter up to allow for the Tigers to log the short underdog win a few weeks back. Detroit would then go on to sweep the series and extend the Royals losing streak to 11 straight. Singer would last just 3.1 innings after allowing seven hits, a pair of walks and 4 ER to take his third loss of the season. Positive regression is set to come Singer’s way with his 3.55 FIP lower than his 3.96 ERA. He’s allowing just 8.6 hits per nine innings and owns a near 10.0 K/9. While the Tigers are playing better ball of late, I’m expecting Salvador Perez and company to give Singer the necessary run support required to attain this revenge win.

It’s getaway Sunday so you know what that means - We’re fishing for unders! I believe I hooked a good one with Eduardo Rodriguez set to square off against Zack Wheeler in the finale of the three-game set between the Red Sox and Phillies. E-Rod enters start No. 9 with a 5-2 record, 4.70 ERA and 3.27 FIP. He’s averaging 9.8 K/9 and allowing less than two walks per start. Wheeler has been lights out allowing a grand total of 2 ER over his last three starts (22 IP) while racking up an insane 25:1 K/BB ratio. Both offenses will have their hands full in this one, so hit the under for both the F5 and full game and hope both bullpens don’t muck it all up.

I don’t know why I continue to fade the Brewers on Sundays, but I’ll be looking to do it again in this spot. For all intents and purposes, Luis Castillo has been an enormous disappointment in the early portion of the baseball betting season. That said, his stuff showed signs of life last time out after registering 11 K and only 3 ER against the NL West leading San Francisco Giants. Though he still ended up taking the loss, there was a glimmer of hope for his fantasy backers. Freddy Peralta undoubtedly has electric stuff, but he’s wild and doesn’t go deep into games. Castillo’s held Milwaukee to a .188 BAA over 11 career starts and registered 86 K through 65 innings. This looks to be as ripe a spot as any for the righty to tally that long awaited second win.

Cristian Javier has failed to log a win in each of his last four starts taking one loss and a trio of no-decisions. I loved what I saw from this fireballer last season so much that I drafted him much earlier than expected in my fantasy draft. So far, the end results have been stellar with him the owner of a 3.27 ERA, 0.98 WHIP and 4.02 FIP. The righty is allowing just 5.7 hits per nine innings, and has backed that up with a 10.8 K/9 while issuing just over three BB/9. Texas got to him for three runs in the first three innings a few weeks back, but he still managed to toss seven innings and rack up 6 K along the way. The Rangers are a prime team to target for pitcher strikeouts (as well as no-hitters), so I’ll be hitting the Astros on the moneyline in the finale and attacking Javier’s K prop as well should it fall in the 6.5-7.5 range – Slam Your Man!

Check out the latest MLB Odds at Top Online Sportsbooks.