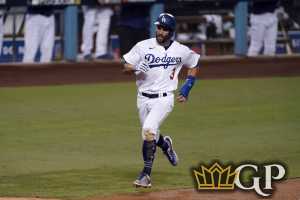 The first month of the 2021 MLB betting season is nearly in the books. Did you have either the Kansas City Royals or Boston Red Sox leading their respective divisions? The following is a 6-pack of MLB Best Bets that hopefully adds to our bottom line.

The first month of the 2021 MLB betting season is nearly in the books. Did you have either the Kansas City Royals or Boston Red Sox leading their respective divisions? Or how about the San Francisco Giants giving the defending champion Los Angeles Dodgers all they could ask for and more in the NL West? Regardless, it’s still hella early so it’s highly likely the standings look much different in a month from now than they do heading into the weekend. With a good amount of data to work off, it’s time to jump head first into the baseball betting pool and see if we can’t scratch out a few winners. The following is a 6-pack of MLB Best Bets that hopefully adds to our bottom line through the weekend.

Though the Pale Hose have failed to get out to the type of start many had hoped for with Tony LaRussa’s squad one of the most hyped in the game, I’m thinking Chicago has itself a good ‘ol time in the second game of this weekend’s series with the Tribe. Lance Lynn will get the ball for the White Sox in his first start off the IL. Before going on it due to a strained trapezius, he was lights out in going 1-1 with a 0.92 ERA and 27:2 K/BB ratio. Triston McKenzie has a flamethrower for a right arm, but it’s extremely wild. His 7.8 BB/9 is nothing if not laughable. Chicago has limited strikeouts (No. 4) and taken the 10th most walks in the league. That’s not a good recipe for the young right-hander. That calls for moneyline and run-line positions on Chicago.

With the Dodgers still not at full strength and most of the casualties situated in the bullpen, now is the time to take advantage. That’s exactly what I’ll look to do on Saturday when the Brewers send Brandon Woodruff to the bump to compete against Dustin May. As electric LA’s carrot top has been through his first four starts in allowing just 15 hits (3 HR) and 6 ER with a K/BB ratio of 32:5 through 21.1 innings, his outings have been short. He’s yet to pitch past the sixth inning and that will leave the door open for a struggling Dodgers bullpen to seal the deal should he exit with the lead. Since allowing six hits and 3 ER in his season debut against the Twins, Woodruff has allowed a grand total of 7 hits and 2 ER in his last four starts. Last he faced LA, he took the loss in the playoffs after striking out nine and giving up 3 ER through 4.2 innings. He’ll be out for some retribution and I expect him to get it!

Short and sweet. Austin Gomber owns a 7.4 BB/9 average. He’s issued four or more in three of his five overall starts. Zac Gallen is one of the premiere young up and coming right-handers in the game. He just got done tossing seven shutout innings and allowed just one hit to log his first win of the season at Atlanta. While Colorado’s offense can be lethal at times, it’s much different away from the thin air of Coors Field. Through four career starts against the Rockies, Gallen’s 1-0 with a 1.96 ERA. Look for him to carve them up and for his offense to make Gomber pay for all the walks.

I’m expecting a good old fashioned pitcher’s duel to kick off the MLB betting proceedings on Sunday with lefty Trevor Rogers set to square off against Max Scherzer. Since issuing four walks in his season debut against St. Louis, Rogers has only logged six walks over his last four trips to the starting bump. On top of that, he racked up 32 strikeouts and allowed just a pair of ER. Mad Max was just roughed up bigtime by Vlad Guerrero Jr. and the Toronto Blue Jays, so he’ll undoubtedly be pissing vinegar in this one. Miami has a tough time scoring runs as it is (No. 18), so a locked in Scherzer shouldn’t help their cause. Especially considering he hasn’t conceded a single run in each of his last three home starts. Runs should be tough to come by with both aces locked in.

Cristian Javier caught my eye at the tail end of last season with his ability to rack up strikeouts and limit the damage on the scoreboard. Though he’s been treated with kid gloves early on, he’s thrived through his four starts allowing just 11 hits and 2 ER while limiting the walks (6) and racking up 26 K through 21 innings of work. It’s amounted to a 0.87 ERA, 0.82 WHIP and .157 BAA (Batting Average Allowed). Though Wacha recently tossed six innings of shutout ball at the Yankees a few turns back, his starts have largely been forgettable. That was the only of his five made starts that saw him pitch through the sixth inning. Though this being a road start for Javier has me a bit weary, he should excel against a struggling Rays offense if his execution from his prior three starts is carried over.

Fireworks should be in order in the finale of the four game series between the Rox and Snakes with a couple of gas cans taking to the starting bump. Chi Chi Gonzalez is lucky to have only allowed 8 ER through three starts with him allowing 22 hits in his 20 innings of work. He’s not a 3.60 ERA pitcher! Merrill Kelly has done nothing but serve up batting practice through his 27 innings of work evidenced by his bloated 6.33 ERA and .305 BAA. Both pitchers collective bodies of work lead me to believe that the offenses thrive in the finale. With that, look to pounce on the over for the first five innings and full game – good luck!