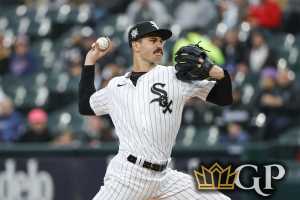 We are into the month of May in Major League Baseball. I have picked it up of late with the picks, going 4-2 in each of the last two weekends. Let’s look at weekend MLB picks for Saturday, May 7 and Sunday, May 8

We are into the month of May in Major League Baseball and things are starting to take shape in many divisions. Since it is now May we have a lot of daytime action on Saturday and Sunday and we will have a number of nationally televised games. FS1 has two games on Saturday, as the Detroit Tigers visit the Houston Astros, while the St. Louis Cardinals take on the San Francisco Giants. ESPN has the Sunday night game between the Los Angeles Dodgers and Chicago Cubs. I have picked it up of late with the picks, going 4-2 in each of the last two weekends. Let’s look at weekend MLB picks for Saturday, May 7 and Sunday, May 8.

The first game we’ll look at for Saturday has the White Sox visiting the Red Sox. The White Sox are expected to go with Dallas Keuchel in this game, while the Red Sox send Nick Pivetta. It used to be that Keuchel was a pitcher you could trust to keep you in a game, but he simply isn’t what he once was. It is almost a given that he is not going to pitch more than 6 innings and he will give up at least four runs or more. Pivetta is no better and I expect the White Sox to get to him early and often. This game has all the looks of a contest that is very high scoring, so I will go over the total.

The first game on Saturday is an early one with the White Sox visiting the Red Sox on NBC’s Peacock streaming service. The White Sox are expected to go with Dylan Cease while the Red Sox send Michael Wacha. There is no question that the White Sox have the pitching edge in this one, as Cease is off to an excellent start this season. I have no confidence at all in Wacha, so I will take the White Sox to get the road win.

The Toronto Blue Jays visit the Cleveland Indians on Sunday and it is expected that Alex Manoah will get the start for Toronto. He has been exceptional this season with a 4-0 record and an ERA of 1.45. The Indians haven’t yet announced their starter for Sunday and it doesn’t really matter, as Manoah is the reason I like Toronto in this contest. I expect another excellent outing from him and I will take the Blue Jays to get the road win on Sunday.

The last game we’ll look at for this weekend has the Marlins visiting the Padres. Trevor Rogers is expected to get the start for Miami and he has had all kinds of trouble this season with a 1-4 record and a 6.14 ERA. On the other side, the Padres are expected to send Joe Musgrove to the mound and he has been excellent so far this season with a 4-0 record and a 1.97 ERA. This one looks like a mismatch, so I’ll take the Padres to get the home win.