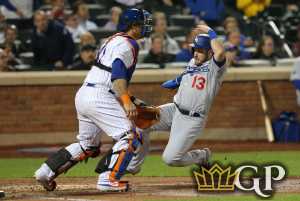 I released eight plays last weekend. My MLB best bets ended up 7-1. That moves us to an incredible 72-36 since I began writing this piece back in early May. Let’s keep the mojo rising with another installment of Weekend MLB Best Bets!

I released eight plays last weekend. My MLB best bets ended up 7-1 with the lone defeat occurring on the full game under in the finale between the Royals and Cardinals; a game that saw five runs tallied in innings 7-9. Thankfully the F5 was a winner! That moves us to an incredible 72-36 since I began writing this piece back in early May. Though overall record means squat when it comes to MLB betting all bankrolls have gotten fatter without question if you’ve been along for the ride. Of last week’s card, I’m most proud of cashing in on the White Sox team total under and over Adbert Alzolay’s K prop in Saturday’s tilt at Wrigley Field. The betting public was heavy the opposite way on each and for good reason with the youngster struggling and the Pale Hose mashing. But sometimes there’s more than just looking into analytics and stats to lead to ticket cashes. That matchup was undoubtedly an outlier, so I came away thrilled to cash both tickets. Let’s keep the mojo rising with another installment of Weekend MLB Best Bets!

The Nats have won one game in their last eight tries. The one game just so happened to occur last Saturday in the matchup I touted the over of Josiah Gray’s K prop. I couldn’t believe my eyes when sportsbooks offered the youngster up at 5.5 with heavy plus-money juice attached to the over. I entered the amount of my wager and happily pressed submit. The righty would go on to surpass that impost in the third inning. He ended up tossing five innings of 1 ER ball to go along with a pair of walks and a whopping 10 strikeouts. Unfortunately for the righty, he will now have to run up against Freddie Freeman and company for the second time in as many starts. Now that Atlanta has an exact idea of what to expect, this turn is going to be much tougher. While Gray’s 12.5 K/9 is fantastic, his 4.5 BB/9 is gross. Back Max Fried and the Braves on the $-Line and also his Atlanta’s team total over. Though the Braves still strike out a ton against righties, I’ll look to his the under of Gray’s K prop is linemakers adjust and inflate the number in the 6.5-7.5 range this time around.

When the Mets were winning ball games and sitting atop the NL East standings, Walker was one of the main reasons why. He was simply sensational over the first half of the season. Unfortunately, that hasn’t been the case even before the All-Star break with the right-hander getting ripped for a 9.86 ERA and equally bad 9.55 FIP over the last 30 days. Most concerning are the 12.9 hits and 4.3 HR he’s allowed per nine innings during that stretch. With that, Every Tom, Dick and Harry will be out to back LA and potential Cy Young winner Walker Buehler in Saturday night’s tilt at Citi Field. But not me! It’s literally now or never for the Mets to make a stand and I’ve got a feeling they do just that in this pivotal three-game set. New York is going to go off as nice sized home dogs in this tilt and I’ll be on them like white on rice once they do!

It’ll be a battle of left-handed Korean and Japanese imports on Saturday night when Hyun-Jin Ryu squares off against Yusei Kikuchi in the meat of the BJ’s and Mariners three-game set at Safeco Park. Each of these hurlers is in the midst of fantastic seasons with Ryu 11-5 with a 3.62 ERA and Kikuchi 7-6 with a 3.73 ERA. Though Toronto ranks third in MLB against south paws with an OPS of .777, it had all sorts of issues with Kikuchi earlier this season after the lefty spun seven innings of 1 ER ball at them in Buffalo back on July 1. He owns a career 0.56 ERA and 0.71 BAA in two career starts against Toronto. Though Ryu has been hit or miss the better half of the last two months, he’ll be out for revenge in this one after he took the loss in that aforementioned matchup against Kikuchi. Seattle got to him for seven hits (2 HR) and five runs through only four innings, but the M’s still rank out as one of the worst in the league against LHP. I’m expecting sterling efforts to be put forth by both starting pitchers and will be on the under for both the F5 and FG; hopefully an under ump situates himself behind the dish!

Only the Reds, Giants, Braves, Brewers and Cubs have stuck out more times against right-handed pitching than that of the Tigers. Taking the bump for the Tribe in the series finale will be fireballer Triston McKenzie and his 10.4 K/9 through 16 overall starts. Though the right-hander has only pitched to a 6.7 K/9 over the last 30 days, that had more to do with running up against the likes of the Royals, Astros, Blue Jays, Rays, and White Sox who got to see his stuff for the fourth time this season. Detroit’s seen him once and he tallied 5 K through five innings and was only allotted 73 total pitches. McKenzie has gone at least six innings in three of his last four starts and averaged 86.5 pitches in those outings. That increase in time on the bump should allow for him to surpass his K prop for this matchup with relative ease.

With the Field of Dreams matchup now in the rearview mirror, the Yankees and White Sox will close their three-game set out from the South Side with Jameson Taillon set to square off against Lucas Giolito. Taillon has simply been unconscious over the last 30 days having logged quality starts in three of five outings while pitching to a 0.89 ERA and 1.02 WHIP. Still, his longevity remains a major sore point with me and that’s the main reason why I’ll be backing Giolito and the White Sox in this one. Injuries and COVID have also decimated New York’s roster while Chicago is the healthiest it’s been all season. Giolito was rocked by KC in his most recent home start, so he should be extra motivated for this one. Back Chicago on the $-Line. If too chalky, reduce the vig by playing them on the -1 run-line instead.

Reid Detmers was one of the Angels most highly touted prospects entering the season. While the youngster has struggled through his first two big league starts, that still remains the case. His third turn within the Halos rotation likely won’t be a walk in the park either running up against Jose Altuve and the Astros, but I’m confident we see his best stuff to date. Though he was roughed up for 13 hits (3 HR) and 11 ER in his 9.1 innings against the A’s and Dodgers, Maddon still elected to let him throw 82 and 97 total pitches. After tallying 2 K in his debut versus Oakland, he tallied five against the Dodgers last time out. LA will be catching a nice price from oddsmakers and I’ll be taking it. I’ll also be targeting Detmer’s K prop and will come away ecstatic if it comes out in the 5-6 range – Slam Your Man!