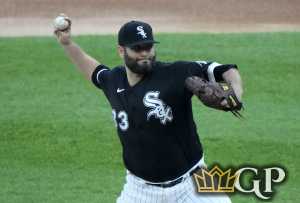 The regression monster was bound to hit after posting a perfect 5-0 record with my MLB Weekend Best Bets the previous week. But once it was all said and done it was still a split last week. The following is a 6-pack of MLB Best Bets.

The regression monster was bound to attack us after posting a perfect 5-0 record with my MLB Weekend Best Bets the previous week. But once it was all said and done, we actually ended up churning out a profit regardless of splitting the eight suggested investments. Saturday was rough. Merrill Kelly failed to surpass his K prop, and the A’s/Rockies game only saw nine runs hit the board even though the teams combined for a whopping 23 hits! Gausman dominated the Cubs as expected, but the bullpen cost us the run-line cash. Sunday was much better. Brandon Woodruff easily surpassed his K, Cincinnati got out to a 7-0 lead over St. Louis, blew it, but still ended up winning the game 8-7. The F5 under between the Giants and Cubs didn’t go under, but the full game did; Splittsville. The 4-4 effort moves us to 28-17 for the season. The following is a 6-pack of MLB Best Bets I hope fattens up the bank roll over the weekend.

If Dylan Cease could throw at the Detroit Tigers every single time, he’d win the AL Cy Young Award running away each and every year! Through two 2021 starts, the flame throwing right-hander has allowed 8 hits and 0 ER while racking up a gaudy 19:1 K/BB ratio through 14 combined innings of work. He owns a 0.64 WHIP and .160 BAA. In other words, Detroit hasn’t been able to hit him in the least. Could the third time be the charm? I’ll be betting on it! The Tigers bats have awoken of late with the team averaging 5.0 runs over its last seven games. Urena lost to Cease last time out after tossing five innings of 3 ER ball. The betting public will undoubtedly flock to Chicago like white on rice. I like fading those types of scenarios. Gimme Detroit on the money and run-lines!

Something just isn’t right with the Friars right now, and it all started after going into Minute Maid and taking two of three from the Astros. Since then, SD got swept at Wrigley Field, split a four-game series with the Mets at home and then dropped two of three to the Cubs at Petco in the rematch. The exact opposite has occurred with the Mets. After dropping two of three in Miami, New York has come out on top in eight of its last 13 games. While Joe Musgrove will be looking to avenge the shutout defeat to Jacob deGrom in his last turn, I lean towards Marcus Stroman in this matchup with the righty the owner of a 1.99 ERA and .250 BAA over five home starts. The Mets winning 14 of 19 at home ($483) heading into the series is also very attractive.

I backed Johnny Cueto in his last turn against the Cubs thinking he’d keep Chicago’s bats in check enough for the game to go under in the first five innings as well as the full game. He let me down after conceding four runs (3 ER) and failed to pitch through the fifth inning. While his surface stats look nice and shiny and he’s the owner of a 4-2 record backed by a 3.70 ERA, I’m sitting here waiting for the rug to get swept from under his feet. It’s only a matter of time until he implodes! Joe Ross isn’t the reason I’ll be backing the Nats in this spot. It has way more to do with Juan Soto and the offense getting into rhythm. I feel Washington is much better than its 25-33 record suggests. Maybe this weekend series with the NL West leaders proves to be the springboard.

It doesn’t matter who makes the spot start for the Reds. All you need to know is that Antonio Senzatela will be on the bump for the Rockies in a venue he owns a career 7.20 ERA and 1.80 WHIP in. On top of that, Cincinnati has teed off on him to the tune of a 6.75 ERA through three starts. Only the Blue Jays and Astros have been more lethal against right-handed pitching than that of Nicholas Castellanos and his mates who own a .255 AVG and .773 OPS overall. Back the Redlegs on the money and run-lines!

It’s getaway Sunday and you know what that means? We’re fishing for unders and I think I landed the nuts with this pitching matchup between Framber Valdez and Michael Pineda. While the Astros have destroyed right-handed pitching to the tune of a .259 AVG (No. 1) and .757 OPS (No. 4), Pineda has been one of the better righties this season. The veteran owns a 3.46 ERA and 4.28 FIP. More importantly, he’s allowing just 7.4 hits per nine innings and 1.4 HR/9 over the L/30 days. Valdez has been unconscious since returning from the DL allowing just 12 hits and 3 ER through 18.1 innings over three starts. On top of that, he’s tallied a gaudy 22:4 K/BB ratio. Hopefully an under ump situates himself behind the dish. If so, confidently hit the F5 and FG unders.

Let’s close the weekend out with some fireworks which I believe will be set off by both the Cardinals and Cubs offenses in the Sunday nighter. Carlos Martinez has been wretched in every sense of the word over his last two starts combining to throw just 4.2 innings and getting peppered by the Dodgers and Indians for 13 hits (1 HR) and 15 ER. While Zach Davies enters start No. 14 off his best showing of the year against the Padres, I’m not buying it. SD made tons of hard contact throughout his six innings, but all of it seemed to be targeted right at Cubs defenders. Look for some negative regression to pounce the righty if his changeup isn’t on point. So long as the wind isn’t howling in and the more dominant arms in both pens aren’t available, the series finale has high scorer written all over it. Bet the F5/FG Over accordingly should everything line up.